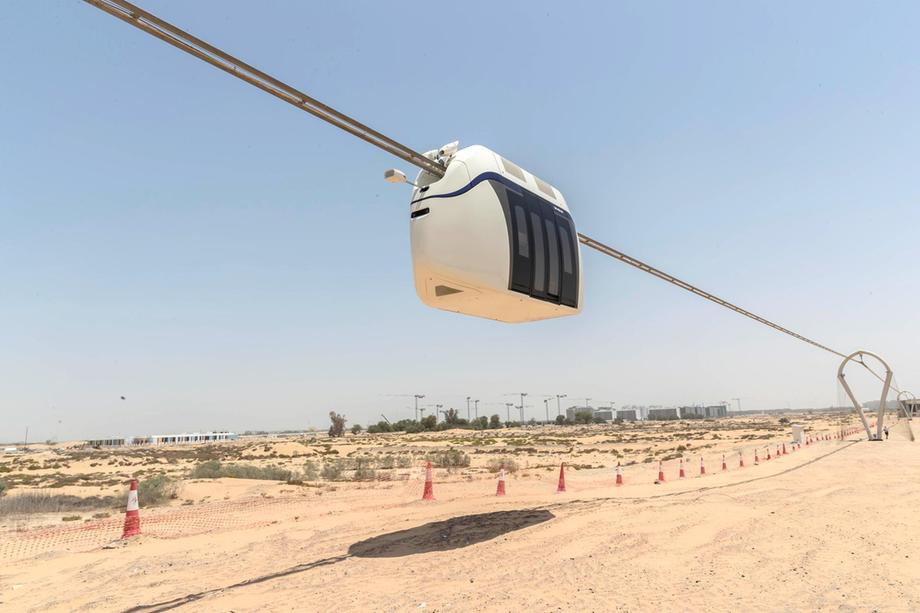 For the very first time, passengers have climbed aboard the debut service of Sharjah’s new uSky high-speed sky pods.

The mode of transport could provide the inspiration for greener transport options for people in the future. It is also considered less invasive that others as it doesn’t require the demolition of homes or natural spaces and as the electrical motor within the pod can be powered by wind or solar energy, the transportation is considered a power-saving solution.

Should plans continue to progress for the pods, the technology could bring about a 20-minute commute from Dubai to Abu Dhabi.