Designer outlets have been one of the most widely misunderstood, but strongest performing, real estate sectors in Europe over the past decade. Here, RLI delves a little deeper into some of the recently opened and upcoming outlet projects across the globe.

Retail outlets are increasingly on the agenda of shoppers, landlords and investors. Historically, outlets were retail destinations that were located out of town, with large car parks and a drive to appeal. They were single storey, village-style retail centres, selling goods at a 30-70 per cent discount.

In the last decade two key changes have taken place that has altered the course of the outlet sector, and made them incredibly popular. According to Tom Whittington, Retail Research Director at Savills, the first is that the offer inmost schemes are no longer factory seconds or end of line products, and the second is that the outlet proposition has become increasingly leisure orientated, with more schemes being developed in central and urban locations. 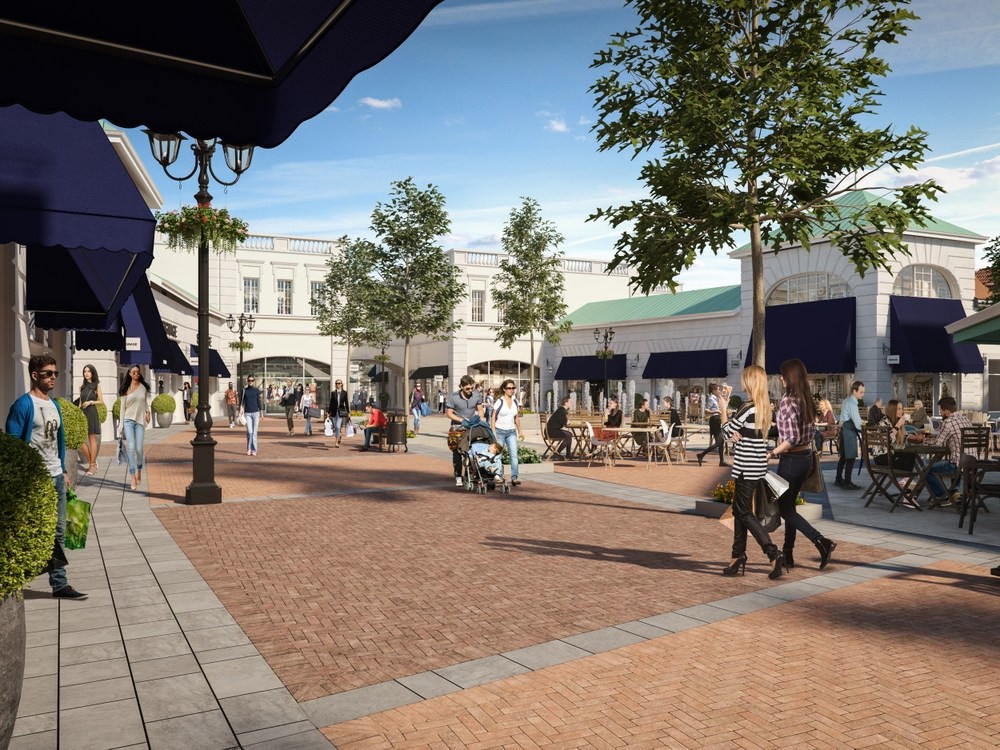 There are large differences in outlet mall provision globally according to Angela Goodings, Director of Research, Europe at Nuveen Real Estate. The US – the most mature market – is relatively oversupplied with supply levels per capita well ahead of any other market. According to the International Council of Shopping Centres (ICSC), the number of new outlet mall openings has slowed significantly in recent years. It is also observed that many smaller schemes have ceased to be viable as retailers and shoppers focus their demand on the best, largest schemes. In the US, opportunities remain in the sector, but sales at outlet malls are likely to be highly polarised.

Development in the European market is also slowing and supply levels remain comfortably behind those in North America. With restrictive planning legislation, oversupply is unlikely to be an issue. As growing demand for outlet space as the sector grows in popularity, and cross-border expansion continues apace, a healthy demand/supply balance will persist.

There are now approximately 250 centres across Europe with varying levels of maturity in different countries. The UK remains Europe’s most developed market with 38 outlet centres, and 10 sq m of space per 1,000 inhabitants. This remains below the US average, but is well supplied compared to other European markets, such as Germany, which has very low levels of just three square metres per 1,000 inhabitants. This suggests further opportunities for growth or development.

Asia Pacific is still in the early growth phase with its outlets. In China, supply per capita is one of the lowest globally, and while the development pipeline in China is not insignificant, the provision of high-quality/high end schemes will struggle to meet the insatiable demand for luxury goods from Chinese consumers. Japan is the most established market in Asia. 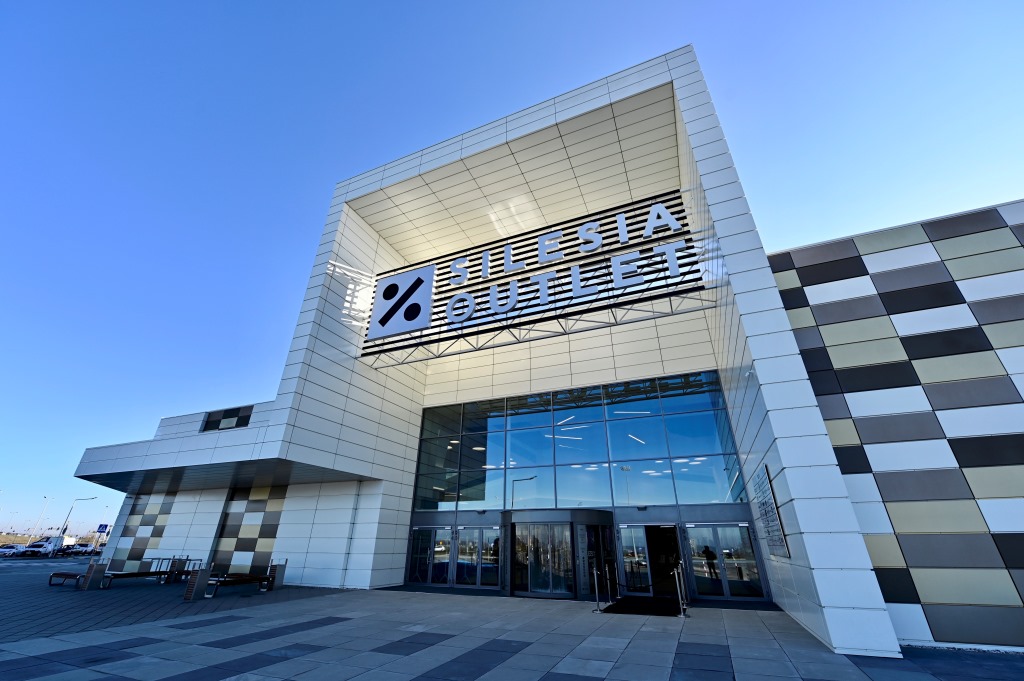 In 2018, developers VIA Outlets increased its brand sales to 1.07bn and attracted more than 30 million customers over the course of the year. VIA Outlets opened 139 new or remerchandised stores in 2018. The portfolio now has over 1,100 stores in its eleven centres, across nine European countries. The centres that have enjoyed significant remodelling works in the last three years are the Batavia Stad Fashion Outlet (The Netherlands), Freeport Lisboa Fashion Outlet (Portugal), Mallorca Fashion Outlet (Spain) and Landquart Fashion Outlet (Switzerland), which have all reported double-digit brand sales growth 2017 – demonstrating the ongoing success of the company’s investment strategy.

Rome is Italy’s most popular tourist destination and one of the world’s best loved cities. With its open air artistic treasures, its legendary dolce vita, that unique blend of history, languor, fine cuisine and romanticism, and its magnificent ancient and contemporary art, Rome is the quintessence of the Italian lifestyle. This is why Arcus Real Estate has extended its portfolio of premium outlet developments to include Roma Outlet Village, providing visitors to this world capital with an extraordinary and unforgettable shopping experience. The first phase of 21,000sq m and 90 stores will open this year, and the second phase, when it arrives, will add another 50 stores and 11,000sq m.

In the Netherlands, NEINVER and Nuveen Real Estate are developing Amsterdam The Style Outlets, set to be an international premium shopping destination with a commercial mix based on both international and Dutch renowned premium brands. The project is scheduled to open in autumn 2020 and will feature a retail area of 18,000sq m, with 115 stores. A further 1,000sq m is planned for leisure areas, restaurants with terraces, walkways, gardens and a playground area. The centre will also provide 1,950 parking spaces for visitors and it will be easily accessible by both highway and public transport. Its architectural concept will resemble a village concept with streets and squares, inspired by old factory buildings in a clear reference to the origins of the surrounding area, called SugarCity, considered among the fastest-developing areas in the Netherlands.

NEINVER continues strengthening its leadership in Poland with the opening of Silesia Outlet, in Gliwice. The centre opened on 27 March. The investor of the facility is 6B47, one of the leading developers in German-speaking countries, while NEINVER is responsible for management, marketing and leasing. Silesia Outlet is the largest outlet centre in Silesia. Ultimately, it will occupy 20,000sq m of retail space, with domestic and international brands. The first phase of the project will house over 60 stores across 12,000sq m of retail space. The centre will have 830 parking spaces.

Hines and TTMG International have begun construction on The Outlet Novaya Riga, a luxury shopping complex in Moscow. The outlet is scheduled to open later this year, and will be the third outlet in the Russian portfolio of Hines. The design of Outlet Novaya Riga, which will be located on Novorizhskoe highway, five kilometers from Moscow Ring Road, will reflect a modern industrial style with brick facades and wood mixed with glass elements. The first phase of the project, to open in the fourth quarter, will be 19,000sq meters and will include restaurants, cafes, fountains and an outdoor playground.

Scotland’s largest outlet centre, Livingston Designer Outlet is undergoing a £7M regeneration project that is focusing on the design development of the customer journey, with the aim to improve both efficiencies and increase the overall aesthetic quality at the scheme. Owned by Realm, the regeneration will be carried out by Clark Contracts after design plans were submitted by Rawls, the work comes on the back of four new brands signing up to the scheme at the back end of last year. Global fashion brand, Reiss will bring its stylish, modern, accessible luxury clothing and accessory offering to a 1,812sq ft unit in the scheme. Elsewhere, GUESS will introduce its iconic denim and fashionwear into a 4,084sq ft unit, alongside American athleisure brand, Under Armour, which has signed to take 2,752sq ft. This will be the first shop for the sportswear outlet in Scotland.

Driven by leading designer outlet village developers Rioja Developments and family-owned, local property investment business Buckminster, Grantham Designer Outlet Village will be located close to the A1 on the southern edge of Grantham in South Lincolnshire. Construction of the new project is set to start at the end of summer this year with construction company Bowmer + Kirkland now appointed; the first phase will be 178,213sq ft and feature approximately 90 units that will open in summer 2021. The second phase will be 94,809sq ft and add an additional 30 units, which is anticipated to open 18 months later. Another outlet being built in Grantham is the Downtown Grantham Designer Outlet, which is being developed by Oldrids & Downtown. The plans for this site are to redevelop the site at Grantham to facilitate the introduction of a 220,435sq ft designer outlet in partnership with Freeport Retail, and to consolidate and enhance the existing retail offer. The new outlet will be home to 107 units, feature a 22,604sq ft indoor leisure facility and is due to open in 2021.

ICON Outlet is a brand new 210,000sq ft designer outlet shopping scheme that launched back in October 2018 by joint venture partners AEG and Crosstree Real Estate Partners. ICON Outlet complements the existing entertainment orientated offer The O2 has become world famous for, including the 20,000 seat arena, 26 restaurants and bars, an 11-screen cinema, theatre, roof walk and loads more. Together with the construction of a 50,000sq ft cinema extension and a 30,000sq ft trampoline park, leased to Oxygen Freejumping, The O2’s offering is evolving to reflect the consumer-led convergence of retail, leisure and entertainment. ICON Outlet provides the best of accessible premium fashion and lifestyle brands and is just 15-minutes from central London, served by the Jubilee Line, MBNA Thames Clippers, bus services, Crossrail (at Canary Wharf from 2019/2020), and the Emirates Airline. Spanning over 1,600sq ft, Brooks Brothers was the latest brand to open on site back in February.

Empire Outlets by developers BFC Partners will open in phases between April and the summer, with Nordstrom Rack – one of the shopping centre’s major anchors – launching on 4 July. Empire Outlets is set to become New York City’s premier outdoor shopping and dining centre. With its picture-perfect views of lower Manhattan, a lush landscaped plaza with tranquil fountains, and access to some of the best deals, Empire Outlets is unlike any other shopping destination in the city, and is just steps from the Staten Island Ferry. The project will host approximately 100 shops of the finest, brands, an extensive array of waterfront food and beverage concepts and a 190-room hotel.

Said to be Thailand’s first international luxury outlet, Central Village will be home to more than 235 stores of well-known brands from around the world when it opens this year after its development by Central Pattana is complete. Expect to shop for brands like Polo Ralph Lauren, Kenzo, Vivienne Westwood to CK Jeans, Adidas, Converse and Superdry. Central Village looks to become a gateway for both inbound and outbound travelers. Situated minutes away from one of Asia’s busiest airports, Central Village is complete with outlet shops, restaurants, tourist service joints, and a world-class hotel.

AE-based conglomerate Al Ahli Holding Group announced that it has secured an Islamic club financing facility worth $340M for the expansion of Dubai Outlet Mall. Scheduled to open in the fourth quarter of 2019, the mall expansion will see 279,000sq m added to the existing 102,000sq m of built up area, which will make it one of the largest outlet malls in the world upon completion. The expansion will include a hypermarket, cinemas, and multiple levels of dining and retail options. Dubai Outlet Mall pioneered the outlet shopping category when it entered the UAE retail market in 2007. 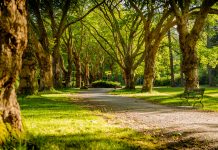 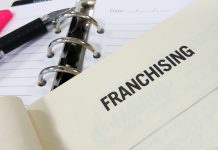 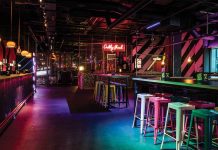 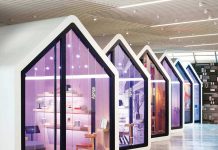 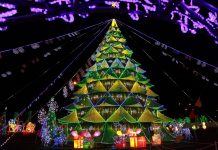