While the rise of Africa’s economies has been interrupted by recent external shocks, there remain reasons to be positive in the longer-term as Africa’s modern retail stock continues to grow in size and quality. Here, RLI reviews the market and casts its eye over some of the largest projects across the continent.

The retail property sector has been a major focus for development activity within Africa over the last decade, causing the shopping mall concept to take root in an increasingly wide range of major African cities. According to Knight Frank’s Africa Report 2017/18, development has been driven by the growth of the continent’s consumer markets and the expansion of domestic and international retailers, particularly the leading South African supermarket chains such as Shoprite, Pick n Pay and Game.

South Africa is by far the largest and most mature retail market in the Sub- Saharan region, with approximately 23 million square metres of shopping centre floor space, compared with only about three million square metres in the whole of the rest of Sub-Saharan Africa. Research from Cushman & Wakefield’s Global Cities Retail Guide highlights that development in South Africa, with a population of some 55.5 million people, is almost as extensive as in the UK or France.

South African consumers have not always been interested in international brands, but this is changing. The relatively small size of the middle class means brands have to present themselves as more aspirational than they may be in their home market. The major retail chains in South Africa have enormous purchasing power and are in a position to dictate their buying terms to suppliers who are generally required to deliver products to central depots or warehouses, where products are then distributed to supermarkets and retail outlet stores nationally. It is possible to enter the South African retail market direct, though many also franchise and enter via concessions/shop-in-shops.

Outside of South Africa, the Kenyan capital Nairobi has the greatest volume of modern retail floor space in Sub-Saharan Africa, and it continues to be a development hotspot. As the sector grows and competition between retail schemes intensifies, developers will seek to differentiate their malls by offering access to international brands, leisure facilities and upscale consumer experiences. Modern mall development will play a major role in shaping the future landscapes of Africa’s growing cities.

Since the discovery of oil in Ghana in 2007, the port city of Takoradi has been one of Ghana’s fastest expanding growth nodes. Complete with cinemas and restaurants, Takoradi Mall which opened its first phase in December from Developer RMB Westport is a pioneering development in this regional capital. The mall is being developed in two phases with the first phase offering 11,000sq m of prime retail space. When fully complete the mall will be almost 20,000sq m.

Due to open this year is City Centre Almaza by developer Majid Al Futtaim, who has appointed Gleeds to act as cost manager during construction of the 260,000sq m, five-star mall in Cairo. City Centre Almaza is set to open early 2019, and will feature 103,455sqm of retail space offering over 300 international and local brands, as well as a 13,040sq m Carrefour and 16 state-of-the-art VOX cinema screens. Each VOX Cinema screen will feature high-resolution digital projection systems; digital 3D content and Dolby Atmos 7.1 multidimensional surround sound systems, to create a fully immersive, multi-sensory experience for viewers.

Boxraw, an aspirational boxing apparel brand, has teamed up with Leonard Design Architects to bring a bespoke, experiential leisure destination to Liberia. The project also has charitable aims and hopes to not only bring prosperity to the area through local employment but also instil a sense of pride in the war-torn community through sport. Following a visit in 2018, Boxraw created its own charity Boxing in Love and teamed up with Save the Kids to bring the project to life and create a unique, immersive destination which is also sustainable – both financially and environmentally. The development will be comprised of repurposed shipping containers split across two levels and feature four main areas including the training zone, a gymnasium, the hospitality block and the star of the show: the boxing ring. The proposed 2,388sqm development was designed by Leonard Design in 2018 and aims to complete and open later this year. 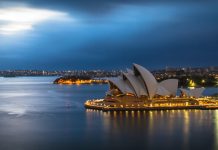 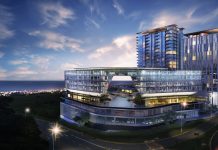 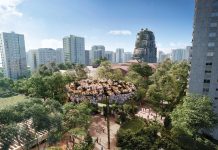 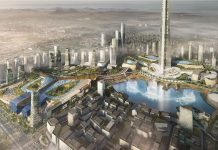 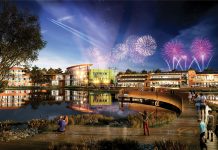