Backyard Cinema provides a cinematic experience like no other and guarantees new and exciting ways for cinema-goers to enjoy their favourite films. Here, RLI speaks with company Founder Dominic Davies to learn how it all started and what the future holds for a company that is on the rise.

Beginning life as something entirely different, Backyard Cinema was originally a passion project for Founder Dominic Davies that started from his own back garden. The concept has come a long way since then and is now one of the leading alternative cinema experiences in London.

Backyard Cinema presents themed events, and Dominic and his team are behind such attractions as The Lost World, Miami Beach, The Winter Night Garden, Mission to Mars and The Snow Kingdom as well as the five-year sell out show Romeo+Juliet in a church with a choir, and the screenings at Christmas Festival, Winterville. The company constantly offers its guests new and exciting interactive backdrops that truly transport customers to another world, a world where they can enjoy their favourite movies in a completely new environment. Specialising in creating nostalgic set builds inspired by the films it’s playing, these time-limited seasons harness the excitement of a pop-up event at a location customers can return to time and time again.

Dominic and his team are about to take on the biggest challenge in the company’s history by moving into its new venue, Capital Studios, originally built in the 60s, is an abandoned TV studio in the heart of London that Backyard Cinema are transforming into their new home. It is being converted into a themed cinema with a bar, restaurant, street food, karaoke booths and its offices, basically a hub of creativity and entertainment when it opens this month.

“The last year has been a hectic one to say the least,” explains Dominic Davies, Founder of Backyard Cinema. “We have gone from a local and independent brand to one that has jumped into the global conscience. We have doubled in size every year that we have existed and this past 12 months has been no different, as we sold 145,000 tickets and are expanding from filling events inside other people’s venues to now creating our own venue, it’s been quite a ride.”

The new company headquarters in Wandsworth will be a real advert for what the brand can do outside the cinema, as for the first time they will have complete freedom to what they want to do with a venue, so they have complete control of the food, the drinks, the entertainment, the lighting and whole environment can be customised to what they want, an exciting prospect for such a unique brand. “We are going to have a huge amount of fun and be able to really creatively let loose and do our own thing which is going to be really exciting,” says Davies.

“Our cinemas have always been different with different things going on, so we want to push the envelope in terms of what we can do outside of simply showing a film on the big screen.” Whilst there is nothing in the pipeline for international expansion, it is something Dominic and the team are excited about and locations such as Amsterdam and Berlin are being talked about. New ideas and themes can come from anywhere and from anyone at Backyard Cinema; it’s all about trying to imagine new ways in which they can put people in these environments for them to enjoy the experience. “It’s just finding a way to implement them within the overall attraction,” explains Davies.

Social media is a huge element of the company, and they are in a strong position to capitalise on this as the concept is very photographable and many shots are Instagram-worthy. “People want to share what they are doing with us and we want to make it shareable. We gain a huge amount of insight through social media about what people want, how they want to see it and what films they want to see.”

Davies believes it is the brand’s originality that is a key driver of the success the company has enjoyed to date, along with always driving and pushing to create something new that people aren’t expecting and continuing the quality. “I’d like to think that people recognise us as a brand now, and a brand that creates high quality events. We have now had over 300,000 people come to our events, quite a difference from when I had 30 people on camping chairs in my back yard!”

Looking ahead Davies wants Backyard Cinema to be in every major city in the world and feels the biggest challenge has been knowing when to expand the company and when not to. “This new venue is going to be a game-changer for us and I can’t wait to show it to people moving forward,” concludes Davies. 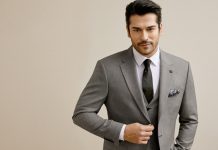 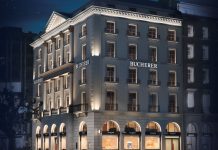 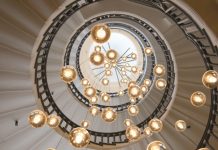 Heal’s – An Unflinching Commitment to Design 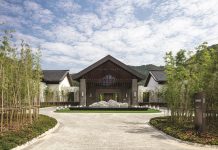 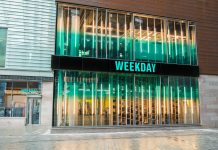 Weekday – Dedicated to Creativity and Newness