Chapman Taylor is a multi-award-winning practice of global Architects and Masterplanners, operating from a network of 17 worldwide studios. It specialises in mixed-use, retail, leisure, office, residential, transport and hospitality projects. RLI talked to Main Board Director Chris Lanksbury about the company’s recent and upcoming projects and discussed how the company brings a unique mix of international capabilities and local knowledge to its award-winning retail and leisure designs.

This year is the 60th anniversary of Chapman Taylor’s foundation in 1959, and the company has been celebrating this milestone across its global network of studios throughout the year while continuing to design and deliver a diverse range of architecturally excellent projects internationally. Among its completed projects was the transformative City Plaza urban regeneration project in the German city of Wuppertal, focused on an expressive retail building which has improved the urban character of the district around the city’s railway station.

The company also completed a number of prestigious cinema developments, including the muchanticipated first phase of the Reel Cinemas complex at Dubai’s Al Ghurair Centre and the renovation and extension fit-out at Cineworld O2, London’s largest cinema. The extraordinary, 170-hectare Global 100 theme park on Hainan Island, China, opened its doors to the public with a spectacular opening ceremony on 31 December – marking the completion of phase one of a $6bn project masterplanned by Chapman Taylor for Changchun Film Group Corporation, which will create a 400-hectare mixed-use, leisure, retail, hospitality and residential scheme.

“The past 60 years have seen Chapman Taylor constantly innovating and adapting to meet changing market needs,” says Chris Lanksbury, Main Board Director at Chapman Taylor. “Our success is testament to the high quality of our architectural designs, our ability to evolve, and to our ongoing research and development program, which has been pioneering in the use of BIM, Virtual Reality technology and modular construction.

“The past year has seen us continue to thrive, with steady growth across the global Chapman Taylor Group, and the design and delivery of several major retail and leisure projects by our international studios.”

Lanksbury emphasises that retail, despite the challenges it faces, can flourish in the right circumstances. “We continue to see an excellent performance by UK retail destinations which have been designed to withstand economic headwinds – Gloucester Quays, for example, which we restructured and reinvented with a new leisure district, has seen customer footfall increase from one million to over seven million since 2013, with consumer spending rising by over 29 per cent. In conjunction with the creation of 1,500 jobs, this has aided the continuing economic and social regeneration of the local area.”

He points out that the international retail scene still has strong growth, with new shopping space still in high demand in Asia, the Middle East and Latin America. “Our expertise in a wide range of retail types ensures that Chapman Taylor is wellplaced to win and retain clients all over the world. What’s different about us is that we are able to bring our global resources and knowledge of the international retail and leisure industries to bear while being able to offer a permanent local presence and a nuanced understanding of each site’s cultural, economic, geographic and regulatory contexts.”

With widespread recognition of the importance of leisure and F&B provision in ensuring the health of retail-led schemes, Lanksbury says that: “Creating the right mix of offers is crucial – the success or failure of a development can be decided long before a single brick is laid. That’s why we, as established experts in a mix of sectors, consult widely and think very carefully about our designs and masterplans to ensure their economic and social sustainability.”

In its 60 years of architecture, interior design and masterplanning, Chapman Taylor has operated in over 90 countries, and Lanksbury says that there is still scope for expansion into new markets. “We are continuing to expand in the Middle East – there is strong demand for our industry-leading design expertise on retail and leisure projects in the Kingdom of Saudi Arabia. We also continue to explore new markets in South-East Asia and Latin America, while we are expanding our presence across China.

Beyond retail and leisure, Chapman Taylor has completed several landmark projects in the office sector – including Class A developments in Bucharest occupied by companies such as Deloitte, Oracle and Philips and the wellbeing-focused design for Bupa’s northern UK headquarters at MediaCityUK in Manchester. In the residential sector, the company is leading on the design for the thriving Build-to-Rent market, with Castle Park View soon to be the tallest residential building in the UK city of Bristol.

A number of Chapman Taylor designs are currently under construction, worldwide. Deniz Mall in Baku, Azerbaijan, will be a 120,000sq m entertainment centre over five floors when it opens later in 2019. A ‘flame’ tower is the centrepiece of eight star-shaped wings inspired by Azerbaijan’s national emblem.

“Our interior design concept for this landmark building complements our existing exterior design, and it is very rewarding to see the scheme come to fruition as the country’s prime leisure and entertainment destination,” says Lanksbury.

In France, work is continuing on Shopping Promenade Claye Souilly near Paris, and the large-scale indoor theme park and mixed-use scheme at Dream Island in Moscow is set to complete in the coming months.

In Germany, the urban masterplan for Plaza Grafinger Strasse in Munich is progressing at speed while, in the UK, construction is nearly complete on the extension of the Ashford Designer Outlet Extension. Chapman Taylor won a design competition for two retail, leisure and F&B blocks in a new mixed-use development to be built at Jinqiao, in Shanghai, China. The competition involved the design of nine blocks in total, with 19 designers from 14 of the world’s best-known masterplanners and architects taking part.

Lanksbury expresses confidence in the future of the retail and leisure design sector: “We have 60 years of experience as a design company, but we are never complacent – to ensure that we deliver world-class, ambitious, but commercially realistic designs for our clients, we never stop innovating, learning or striving to keep ahead of the markets in which we work. This approach, combined with our commitment to best-in-class architectural design, will ensure that the coming years are as successful as any in our history.” 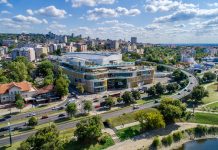 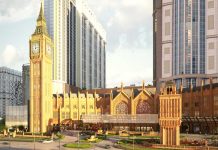 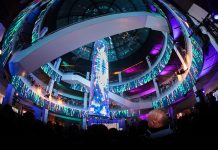 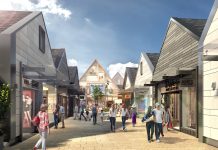 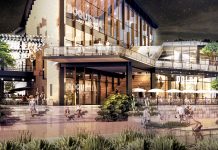 BCT Design Group – The Union of DDG and BCT