Founded by Des Gunewardena and David Loewi (the eponymous D and D) in 2006, the last 15 years has seen D&D London grow to become a vital player in London’s restaurant scene. RLI speaks with Chairman and CEO Des Gunewardena to learn more about the company’s unique offer and what the future holds.

A diverse collection of 43 restaurants and bars across the UK, with additional sites in New York and Paris and one hotel in London situated between Moorgate and Liverpool Street, D&D London was originally founded by restaurateur Sir Terence Conran as Conran Restaurants.
In more recent times, the pandemic of course has been a challenging period, but it did offer D&D London an opportunity to refocus the business to prioritise people, restore the financial health of the company and to take advantage of an unparalleled level of opportunity to expand the brand post Covid-19.
“It has been a very challenging period with distinct phases such as managing people and stakeholders through lockdown, establishing survival and recovery plans through and out of Covid, and now operating restaurants back to normality,” says Des Gunewardena, Chairman and CEO of D&D London. “It has also shown us the realisation of the need to build a future that is different from the past. While the pandemic has been a nightmare, it has had some positive long-term benefits in terms of how we will live and work in the future.”

Just before the onset of the virus, the company opened 14 Hills, a beautiful restaurant in the city of London whose design brief was to create ‘an English garden in the sky’. The restaurant has won a number of global design awards and has been very successful despite the challenges of Covid-19. More recently, they have launched Haugen, a new restaurant complex in Stratford, East London.
In terms of their development pipeline, they have a rooftop restaurant opening in Birmingham in Spring/Summer next year, a second restaurant in Manchester and a 68-room hotel in Autumn 22, a restaurant, café and bar in Boston, US in Autumn 22 as well as the reopening of The Modern Pantry at a new site in London in Summer/Autumn next year. Discussions are also ongoing for a selection of other projects that would open between Autumn 22 to Summer 23 in London, other regional UK cities, Hamburg, Berlin, Madrid and New York.
“A number of our restaurants delivered home cooking kits during lockdown. But following this we have concluded that delivery is not a significant opportunity for our restaurants, which are mostly high-end and known for their total restaurant experience rather than just their food. We have however been presented with a large number of opportunities to expand our restaurants into regional cities in the UK, mainland Europe and North America,” says Gunewardena.

The restaurants have always been about the overall experience and this is how the brand communicates with its customers, through food, wine, cocktails and music. Long established venues like Le Pont de la Tour and Quaglino’s were opened some 30 years ago and remain popular and very much part of London’s restaurant scene today.
Building a loyal band of customers which remains with a restaurant for years because of the consistency of quality of their experience is central to the strategy of D&D London. Each of their restaurants has a distinct and individual personality, and each of the chefs and managers are empowered to take matters into their own hands to maintain this rather than suffer from the negativity associated with “chains” as they grow.
Today’s world is a social media world, and this avenue is particularly important for D&D’s more ‘lifestyle’ restaurants such as Bluebird, 20 Stories, German Gymnasium and 14 Hills, which are known as much for being lively, exciting venues as they are for their food. “The younger the profile of our customers the more relevant social media is, so venues of ours such as German Gymnasium and Madison in London and 20 Stories in Manchester are amongst the most Instagrammed restaurants in those cities,” says Gunewardena.

Serious about food and wine, the D&D London portfolio boasts Michelin-starred restaurants and their wine lists are the recipients of many awards. It is these factors, along with the design, atmosphere and buzz of the restaurants that has meant customers have remained loyal and what makes the brand stand out in the restaurant sector.
“We are ambitious, entrepreneurial, focused on quality and love all things food and wine. We are also as people very concerned about the world in which we live today – the environment and being good citizens,” Gunewardena explains.
As our time with the Chairman and CEO comes to a close, he talks about the main challenge for the company being how to evolve their restaurants in a world which has changed massively since pre-Covid-19, particularly with acute staff shortages and inflation across all their costs.
“As a company, we are excited about our expansion over the next decade which will see more growth overseas than in the UK in order to make the group more geographically balanced.” 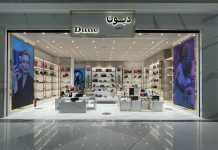 The Dune Group – Passion For Product 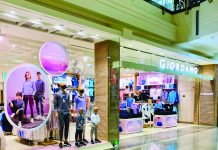 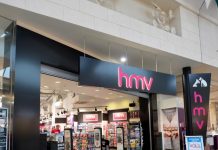