Paris, formerly known as Paris Department Stores, is a chain of department stores in Chile which is owned by multinational conglomerate Cencosud. In this interview, RLI sits down with Ricardo Bennett, CEO of Paris to discuss the changes the company has gone through as it looks to grow its market position across Chile and further afield.

A member of the International Association of Department Stores from 2000 to 2005, Paris is a very old department store that was founded in Santiago, Chile and today is part of the larger corporation Cencosud that operates across five main business pillars, supermarkets, home improvement, department stores, financial business and shopping centres.

Even through the difficult times in the past couple of years and the highs and lows they have brought, the department store sector in Chile has remained strong and so has Paris. Whilst competition is tough, the brand has maintained its middle market position and it has remained competitive because of its unique offering of private brands and garments.

“As a business, we have 49 physical sites that are situated all across Chile, and the upcoming landmark 50th site is set to open at the end of this year,” explains Ricardo Bennett, CEO of Paris. “We also used to have stores in Peru, but the consequences of the pandemic meant that had to close them along with our second-tier department store called Johnson.”

“The majority of Paris stores are around 3,000 to 12,000sq m, whilst Johnson stores were smaller at around 1,500 to 3,000sq m so we have been focused recently on implementing Paris concept’s into a smaller space. We have also been pushing forward with our omni-channel strategy because an important part of our revenue comes from the e-commerce side as right now it is around one-third of our total revenue and we are looking to increase this,” says Bennett.

Right now the company is investing in its marketplace in order to build a complete platform that will integrate all of the business units of Cencosud. Doing this will allow them to compete with Mercado Libre, who are one of the biggest Latin American marketplaces and Amazon who are beginning to build a direct presence in Chile.

Over the years Paris has built a very strong sense of loyalty with customers, helped in no small part through its loyalty program which extends to anyone who purchases an item, whether that be online or offline. The company also works within augmented reality to engage with customers, rather than sending multiple emails to them on a regular basis.

Social media is an important part of their strategic thinking, not only in communication and building direct contact with customers, but also in a different way of selling. The medium has allowed the business to grow internationally and has led to worldwide sales through its use of social media.

“Social media is a very relevant part of the way we interact with our customers, not only in sending information to them, but in gathering feedback of what customers want and think about. We understand that the medium is a place not for us to talk about the brand, but for customers who want to talk about Paris,” Bennett highlights.

Sustainability is another pivotal area in which the business plays its part. Ever since they began their program of sustainability it has been one of their core values and a main pillar of their evolution strategy. They are building this strategy with all of their customers, suppliers and sellers and Paris are the main recycling company in Latin America across garments and electronics. In the last 18 months they have grown this strategy by adding a focus on reuse. In fact one of their brands is doing so well that H&M bought a percentage of that company based on the work it was doing with Paris.

Whilst they have made excellent progress, Bennett realises this is just the start and he would like more companies that they work with to get involved with their own strategies to assist them in not only taking care of the planet, but also the people that work with Paris to build a whole ecosystem of stability.

With the company focusing heavily on omni-channel, they are working hard so that any customer has the same successful experience whatever channel they are buying through. They are looking to ensure less friction during the purchasing process whether this is in-store, on social media or on their website.

As our time with Bennett begins to reach its end, we ask him what he thinks are the key drivers behind the company’s success to date.

“I believe our very strong culture is a major factor in our success. Whilst we are not the largest player in the department store sector here in Chile, (they are second), or in the region, we have built a strong culture through the people who work here to drive our purpose of building a better world.

Whilst this may sound very traditional, everything we do is geared at making our customers and collaborators happier and I feel this is something that is particularly important in a socially and culturally changing world right now.” 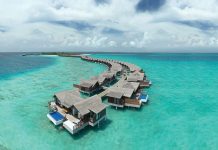 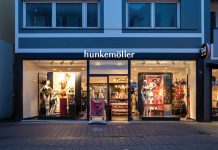 Hunkemöller – Focused on the Consumer 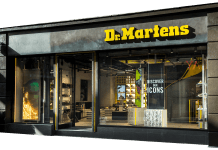