Target Corp. is celebrating a sustainability milestone. The discount giant has completed its 500th rooftop solar installation, at its store in Napa, Calif.  In 2015, Target committed to adding rooftop solar panels at 500 locations — including stores and distribution centers — by 2020. The company noted that it reached it goal on Nov.18, 2019, ahead of schedule, and that it is now a quarter of the way towards sourcing 100% electricity from renewable sources by 2030, a commitment Target made last summer as part of its ambitious climate goals. Through its onsite solar commitments, Target has added more than 240 megawatts of solar across its buildings.

“Meeting energy needs through solar is good for communities and the environment, and it also helps us reduce costs,” said John Leisen, VP of property management, Target. “A rooftop solar project generates enough energy to offset between 15% and 40% of a property’s energy needs. Ambitious energy goals have helped us accelerate our progress and reach major milestones. And we’ll continue to invest in technologies, partners and resources to help us achieve even more.”

Target has been recognized by the Solar Energy Industries Association (SEIA) as a top U.S. corporate installer for five straight years, taking the number one spot for on-site installations in 2016, 2017 and 2018. During the past five years, Target has installed more solar systems than any other company, according to data from SEIA’s Solar Means Business report. The chain is also a four-time Energy Star Partner of the Year.

“For years, Target has led the way on corporate solar adoption, helping to create a cultural shift in how top companies power their operations,” said Abigail Ross Hopper, president and CEO of SEIA. “Companies such as Target have the power to make lasting change and we’re thrilled to see Target double down on their commitment to solar energy.” 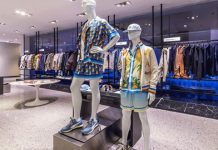 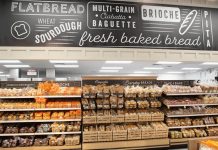 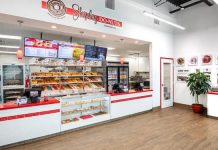