For U.S. Polo Assn., the official brand of the United States Polo Association (USPA), the connection between the brand and the sport of polo runs deep. Here, RLI spends some time with J. Michael Prince, President & CEO of USPA Global Licensing, the company that manages the multi-billion-dollar global, sport-inspired brand, to discuss U.S. Polo Assn.’s focus on experiential retail in the years to come

The only organisation in history to sponsor three of the most important polo tournaments in the world – the U.S. Open Polo Championship, the British Gold Cup and the 128th HSBC Argentine Polo Open, U.S. Polo Assn. supports polo clubs across the US and Canada as well as international clubs like Copenhagen Polo Club, Korea Polo Club and Moscow Polo Club.
It’s because of this meaningful and authentic connection that the brand believes when customers purchase U.S. Polo Assn. products, they own a piece of the sport of polo. U.S. Polo Assn.’s design inspiration has consistently come from its authentic relationship to the sport that encompasses over 130 years of tradition, heritage and classic American styling.
Today U.S. Polo Assn. apparel, footwear and accessories are sold in 194 countries through department stores, sporting goods channels, independent retailers, and e-commerce as well as the brand’s own 1,100-strong store portfolio across North America, Latin America, Europe, Middle East, Russia & CIS, India and Asia-Pacific regions.
The most notable recent store openings include the largest flagship in the Middle East region on Istiklal Street in Istanbul, Turkey, a store in Bogota, Colombia at the El Dorado Airport and one in Napoli, Italy at La Reggia Designer Outlet.

New stores have also launched across airport sites in China and by January U.S. Polo Assn. will have finished remodelling its flagship New York City store at Times Square into the new High Energy store design format. Following this at least one new unit will open in London.
“Retail today is about ‘brand experience’ and how you engage consumers. Before the pandemic began, we had begun using in-store technology and innovation to further connect our brand and our customers to the sport of polo,” explains J. Michael Prince, President & CEO of USPA Global Licensing. “This evolved into our High Goal/High Energy Store format, which references polo competitions at the highest levels. We are working on experiential programs inside our retail stores such as selfie stations with polo backdrops and live streamed polo games. Charging stations, magic mirrors, QR codes, tablets, and state-of-the-art POS systems will all play a part in our future.”

The first of these new High Goal/High Energy stores launched in Hangzhou, China and like this one, future openings will predominantly be in key metropolitan areas and generally take a space 1,000sq ft smaller than footprints of stores in years gone by.
As the pandemic spread around the world, U.S. Polo Assn. was entering the third year of their long-range strategic business plan that laid out a very aggressive global growth and brand strategy. “We quickly made the decision to focus in the short-term on cash flow to stabilise the business and our licensee partners, accelerate our digital strategy to support online shopping and focus more on core product to address supply chain issues. During this time of uncertainty with brick-and-mortar, we were able to build sites for 35 countries in 16 different languages,” explains Prince.
Prince sees some light at the end of the Covid-19 tunnel. While the brand still operates with caution, the focus has shifted towards fulfilling the long-term strategy of elevating the brand and growing the business. Over the next year Prince is expecting record growth on all fronts.

China remains a key growth driver for the brand and there are plans to open 50 stores over the next 18 months in multiple regions. Prince also expects to unveil new stores in the UK as well as other key European cities such as Germany and France. In total, the target for 2022 is to launch 100 new stores.
As globalisation continues, Prince explains that they believe in brand consistency but at the same time encourage each of their international markets to maintain local influence. There is trust that U.S. Polo Assn.’s licensing partners understand the individual markets and their culture and needs.

“It’s important that our partners take these cultural elements and blend then with the visual vocabulary of our brand so that we do not look different in every country, yet our design appeals to consumers everywhere around the world,” Prince says.
Playing their part in social awareness and sustainability, the brand launched USPA Life™, U.S. Polo Assn’s holistic and long-term sustainability program that includes significant global product initiatives. U.S. Polo Assn.’s long term commitment to the improvement of the environment with USPA Life will make a meaningful impact over time. The goal is to leave the world in a better place than how they found it.
As the interview draws to a close, we discuss the future of the brand and Prince explains that digital will remain a major focus. “Today we have 30 U.S. Polo Assn. websites and six million social media followers with goals to grow to 100 sites and ten million followers. We continue to look for ways and partnerships to expand into new global markets.” Optimistic about the U.S. Polo Assn. business, his goal is to grow by more than 100 stores annually beginning next year, and double revenue in the coming years. 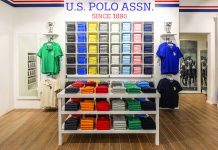 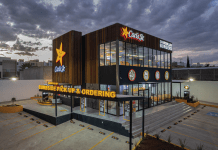 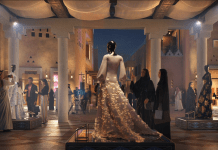