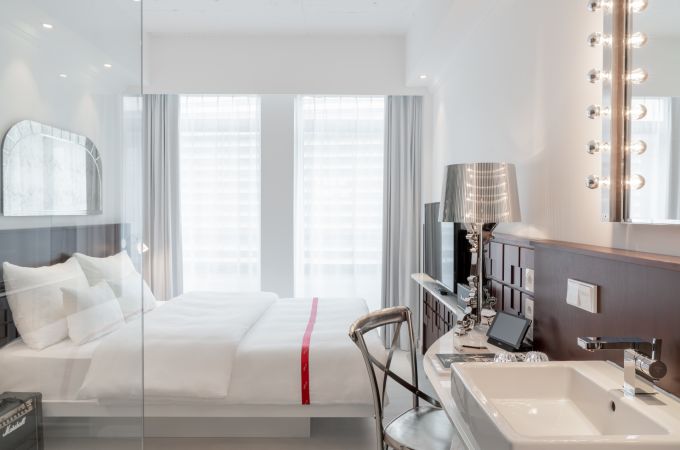 The Otto family has acquired a 25% share in the Ruby Hotel group. The acquisition has been carried out in the context of an increase of capital. Ruby Hotels has been founded in 2013 as a Lean Luxury hotel group and is currently operating seven Ruby hotels. Another ten hotels are under construction or being prepared for construction.

Alexander Otto, CEO of ECE: “As of today, ECE Group already is among the three largest hotel developers in the DACH region. By getting access to the operational expertise of Ruby hotels and combining it with our existing competences in developing hotels, we will gain an excellent position to further strengthen our hotel investment activities.”

Michael Struck, CEO of Ruby Hotels: “This partnership provides Ruby with access to ECE Group’s pan-European network and development expertise. Based on the flexible room design concepts and the mixed-use approach of building design, we see major opportunities in the extension or conversion of inner-city retail space.”

For example, ECE has managed to sign Ruby Hotels as tenant for a former office space at Kö Galerie Düsseldorf. ECE is also planning a congress hotel and a long-stay concept for the Marriott group in Hamburg’s HafenCity district.

The Munich-based Ruby Group, founded by CEO Michael Struck, Michael Hehn and the Soravia Group, is breaking new ground with its Lean Luxury philosophy. By having a lean organisational structure and concentrating on the essentials, Ruby manages to create a contemporary, affordable form of luxury for modern, cost- and style-conscious customers.

Founded in 2013, the group already operates seven Ruby hotels, with ten additional hotels in Europe either under construction or in the planning phase of construction. With the Ruby Asia joint venture, founded in 2018, Ruby is expanding into Asia; two hotels will shortly open in Shanghai and Zhuhai.