Established since 2015 on rue du Bac, near the Saint-Germain-des-Prés district, Chatelles, the high-end French slipper label has just inaugurated its second Parisian boutique at 91, rue de Courcelles, in the 17th arrondissement. With its moldings and parquet flooring, this 40 square meter setting resembling a Haussmann apartment wants to seduce the very chic clientele of western Paris.

Founded in August 2012 by François du Chastel, a former investment banker, Chatelles has built its offer around a single product: European-made slippers with leopard or zebra prints, round toes or pointed toes and which can be personalized.

The new store also includes a workshop where a craftsman takes care of placing by hand the tassels, bows and trimmings chosen by customers to make their shoes unique (average price 250 euros). Since its launch, Chatelles has also expanded its offer by offering models for children and men, or even sneakers inspired by slippers, or real indoor slippers (60 euros). A line born during confinement.

Today the brand, which does not communicate its turnover but indicates that it is profitable, makes between 60 and 70% of its sales via its merchant site, with France, Germany, Austria and even the United Kingdom. “Before the Covid, Japan also represented 30% of our sales. We were present in about thirty points of sale. Today, we are only in about ten, including our corner at Isetan , but the market is picking up well “, explains François du Chastel.

If in its beginnings Chatelles was present in a selection of premium multi-brands, the brand is now playing the direct distribution card. “For a small independent brand such as Chatelles, being sold in multi-brands such as department stores is not a profitable operation”, specifies François du Chastel.

The brand, which employs eighteen people, therefore seems to have found its stride. “The return of Japanese and American tourists helped our growth. We also had a historic Black Friday and a strong December. I hope this marked improvement will not be clouded by the recession.”

In 2023, Chatelles will see the Audacia fund (Maison Kitsuné, etc.) exit from its capital.who owns 25% of the company. A participation which should be taken over by François du Chastel and his associates, who hope to open a third Parisian store in the 16th arrondissement, confirm the relaunch in Japan and set up in South Korea. 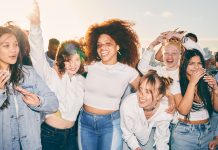 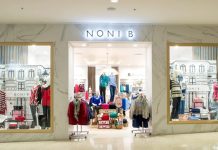 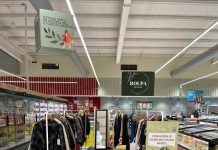