At the heart of São Paulo, the Cidade Matarazzo scheme is planned for completion by 2020. The project aims to become São Paulo’s new symbol and embody what its initiator calls “a gigantic pool of Brazilianity.” Here, RLI sits down with Alexandre Allard, President of Groupe Allard to discuss what lies ahead for this ambitious upcoming development.

Located at the most famous avenue of Latin America – Paulista Avenue – in the largest private park in the city of São Paulo lies a metropolis that embodies the thriving economy and dynamism of Brazil, with 30,000sq m of derelict land that houses the buildings of the former Matarazzo Hospital, a dormant heritage building that represents the Italian immigration in the XIX century.

In 2008 in stepped Groupe Allard, which bought the Matarazzo land and immediately began planning the most extensive and ambitious urban recycling project in Brazil’s history. The company has scoured the globe for the best talent in the fields of architecture, interior design, landscaping and art to bring back to life this green oasis in the middle of the concrete jungle.

“Unlike over-equipped western metropolises, São Paulo offers a blank page,” highlights the projects initiator Alexandre Allard, President of Groupe Allard. “Here there are no department stores, few international brands and, especially, Brazil has the most connected population, with the highest percentage of Facebook and Instagram users in the world.. yet Brazil is only the 35th e-commerce economy in the world.”

The Matarazzo project will take full advantage of this rare and unique opportunity. It is a place with history and stories, offering experiences where the digital and physical worlds form a single whole.

The numbers behind the Cidade Matarazzo project are absolutely breath-taking and put into perspective the scope of the scheme that Groupe Allard is bringing to the table and the city of São Paulo. Upon completion, the destination will be home to a 45,000sq m park (including the urban requalification project) and a 135,000sq m building area, a 56,000sq m sixstar hotel complex operated by Rosewood Hotels & Resorts, a 10,000sq m House of Creativity, a 4,000sq m office building, a 28,500sq m retail village, 34 restaurants that will be capable of serving up to 15,000 meals a day and 2,200 parking spaces. “We expect some 30,000 visitors daily from 2020 and up to 100,000 at peak periods of activity. Guests will be able to stroll about, learn, be entertained, dine in one of 34 restaurants and do their shopping too. The aim is to reinvent the customer experience by combining all the added value of the digital experience with the physical one,” explains Allard.

In keeping with the times and the importance of green-thinking and social involvement, the development of the project will also see the planting of 10,000 trees, and the creation of the biggest South American organic market, with the participation of 400 urban farmers and an association with a social project that will integrate 4,000 homeless people into the society. The Cidade Matarazzo concept is based on the “made by Brazilians” attitude: the project will use 100 per cent Brazilian materials, whilst 57 Brazilian artists are developing site installations and 69 artistry shops in the garden will showcase Brazilian handcrafts from indigenous tribes and products from young designer’s creations.

The majestic and historic Matarazzo Maternity building together with the Mata Atlantica Tower conceived by Jean Nouvel is now home to the first Rosewood Hotels & Resorts facility in South America. With interiors created by renowned designer and artistic director Philippe Starck, the new hotel features two restaurants, two swimming pools with one on the roof and one set amongst the landscaped grounds, a large spa and fitness area, a cinema, a music studio and the largest convention centre of the city.

Hidden amongst the restored historic buildings within the retail area is the House of Creativity, conceived by Rudy Ricciotti, a cultural centre with an exhibition hall, a theatre, a creative club and a kids club dedicated to activities relating to art, music, theatre, multimedia, gastronomy, fashion and education. It will be home to a remarkable exhibition space, with the most well-known international and national artists that will be invited to produce their artworks in Brazil and transmit their knowledge to the Brazilian teams. Anish Kapoor will be the first artist unveiled in the space with the opening preview to launch at the beginning of 2021.

A unique customer experience will be the highlight of the new generation retail Cidade Matarazzo is developing. Housing exceptional spaces that have been designed by high-profile figures such as Hubert de Malherbe or Chafik Gasmi, the aim of the retail space is to free the customers’ from the usual constraints and to adapt to individual needs.

“The components are hybrid and geared towards creativity, exclusivity and diversity. International fashion brands will be mixed with young local designers, major brands, cosmetics and products developed from local resources by local producers,” says Allard. Effecting the transition from transactional to experiential, Cidade Matarazzo is transforming the paradigm of retail.

“Cidade Matarazzo is a unique place where we will combine history, soul, exclusive products and services, art and much more. We want this to be a place that confronts people with its beauty and its subtle intellectual challenge powered by the digital world. This is what the customer is waiting for – an emotion of uniqueness and exclusive moments together with connectivity. At the end we merge operational excellence with the highest technologies,” concludes Allard. 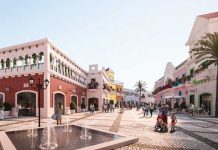 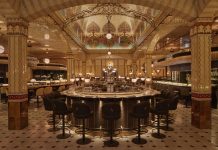 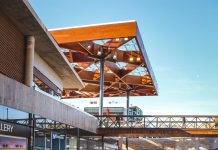 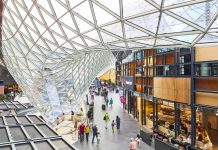 ECE Projektmanagement – The Jewel in the Crown 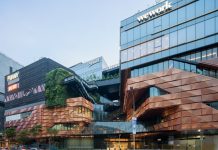 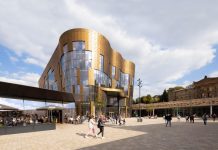 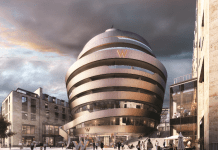 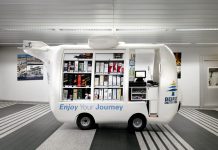 umdasch The Store Makers – Making Successful Stores All Over The World 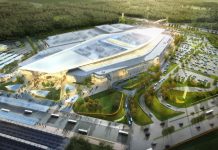 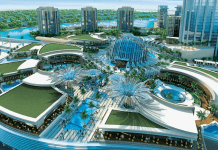