With a mission to become the leading transformational hotel, citizenM hotels are looking to inspire a new generation of modern travellers by offering an affordable and luxury lifestyle in the most opulent cities in the world. Here, RLI speaks with Michael Levie, Founding Partner and COO of the company to discuss the last few months and what the future holds.

The citizenM company began life with the idea to disrupt the traditional hotel industry by creating a luxury hybrid hotel for today’s modern travellers. citizenM locations a new breed of hotel that are designed around a new type of traveller – one who values a luxury hotel experience in central city locations, but at an affordable price.

With 20 hotels already in its portfolio in cities such as Amsterdam, Boston, Copenhagen, Geneva, Glasgow, Kuala Lumpur, London, New York, Paris, Rotterdam, Seattle, Taipei and Zurich, the company is also looking forward to new openings in 2022, with its fourth property in Paris on the Champs Elysées set to open along with two new properties in Miami and one in San Francisco.

“Guests have been raving about the citizenM service around the world and our guest satisfaction scores are leading in the industry,” explains Michael Levie, Founding Partner and COO of the business. “I believe it is the personal and foremost human aspect that has been so much appreciated by our guests worldwide.”

Like everyone in the industry, the business has made changes to safeguard the health and safety of its guests and hotel teams and they kept their hotels open and operational where possible, and any hotels that did close re-opened as soon as they could to host those travellers that were back on the road for business or leisure.

When the pandemic hit, they were able to fast-track, upgrading their technology efforts to create an almost entirely contactless guest experience, including the launch of an app that allows guests to check in/out, open their rooms and control elements of the room among others.

During the crisis, the development and investment team remained busy, closing deals on projects including securing a partnership with GBI to source properties in Germany’s main cities, a new property in Rome due to a partnership with Antirion, as well as locations in Chicago and Austin. New hotels were also opened in Seattle and Geneva, with team immersion and hotel styling on these locations adapted so that they could be done virtually.

When speaking about what initially attracts them to new properties, Levie explains that location is of utmost importance. Their site selection strategy has always focused on picking well-connected urban locations which lean towards business districts in the metropolitan cities of the world.

“Naturally, there is always an evolution of cities and points of interest added, but the core prime locations and desired spots close to the central business district and the inner core of the cities don’t change. It is there where our hotels nestle down, and we are confident towards the future to be in the centre of activities,” explains Levie.

It is the combination of product, location and warm service that entices guests to return to citizenM locations. As a rare owner-operator in the industry, the company has full control over the entire business, from securing a property, to construction, design, branding and operations, which in turn means that they can ensure consistency of product and service across its entire growing global portfolio.

Decisions at the company revolve around how it will serve and impact its guests. So they ask themselves at every stage how it positively impacts their experience, and this has become a mantra in the organisation and allows for a common drive.

“In the end our ambassadors provide their human touch service – the guest interaction part – brilliantly, but the entire organisation has made it possible for them to focus on that last finishing touch and the confidence we deliver,” Levie comments.

A brand with an attitude and a strong but fun personality, citizenM connects with the young at heart, targeted to the global traveller of today. The idea behind the brand was to create a luxury hybrid hotel that isn’t just a place to sleep, but somewhere to work, relax, play and meet like-minded people and get inspired.

“Covid-19 has hit the hospitality industry extremely hard and the impact will undoubtedly be felt for years to come. It has impacted several areas including how the guest expectation, needs and service requirements have changed, the way travel is impacted and how technology, digital and environmental consciousness are here to stay.

“Above all we need to continue to have fun and be positive. We are in a people industry and during difficult times the concentration often goes to what needs to change and what affects us negatively. Every single day at citizenM we decide that our attitude is positive and we invite everyone to come and join this vibe.” 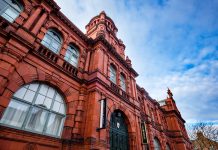 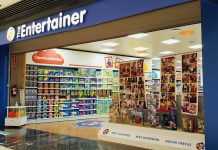 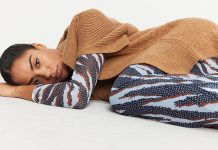 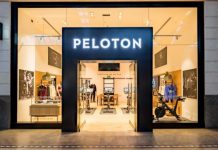 Be Your Best Self 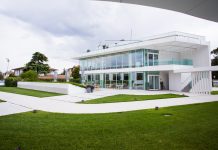