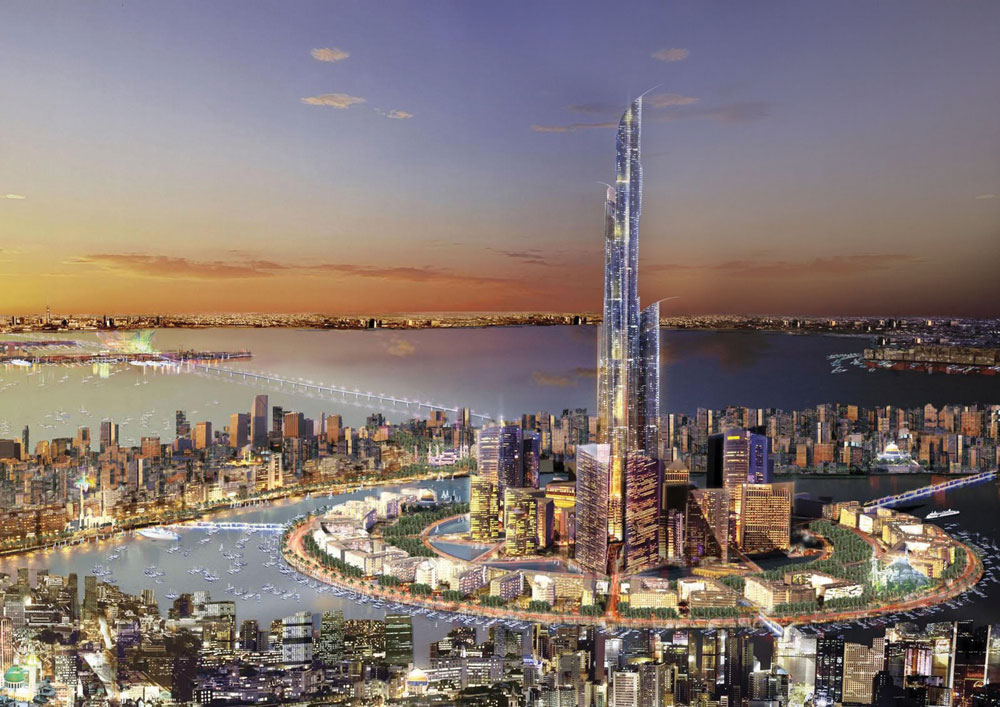 The retail real estate industry in the Gulf Cooperation Council (GCC) is showing signs of returning to normality and it has been driven by economic and social developments, increasing tourism, a rising population, changing consumer trends and the additional demand by international players. Over the next few pages RLI hones in on the projects across the region that are leading the way and changing the landscape.

The GCC is an intergovernmental organisation made up of six member nations. This organisation is also known as the Cooperation Council for the Arab States of the Gulf and the union is made up of Bahrain, Kuwait, Oman, Qatar, Saudi Arabia and the United Arab Emirates.

First established through the signing of the Charter of the Gulf Cooperation Council in 1981, the GCC’s goal is to promote unity across member nations based on shared objectives and similar political and cultural views.
The nations that are members of the GCC make up over one million square miles and the population estimates show that over 54 million people live in all GCC nations and the total GDP of the six nations is $3.464trn.

Retail is a major source of income for the GCC region, and over the next year it will continue to evolve as a market as global supply chains return to their pre-Covid-19 levels.

Now open, the Mall of Dilmunia represents a balanced mix of modernistic and futuristic architecture which creates an exciting family oriented universe within it. It includes retailers from across the MENA region that was yet to enter the Bahraini market; it also provides a quality entertainment, leisure and retail destination, which adds value to the Island’s tenants and guests. Developed by Dilmunia Mall Development Company, the Mall of Dilmunia is redefining the shopping experience in Bahrain by adding urbanity to the retail experience through the development of a Boulevard. The latest major onsite opening was Bahrain Aquarium back in September. The Bahrain Aquarium occupies all four levels of the mall, making it the first and largest cylindrical aquarium in a mall in the Middle East, offering a one-of-a-kind experience combining the glory of the seas and education in one spectacular spot.

Madinat Al Hareer – also known as Silk City is one of the largest mixed-use project development concepts in the world. The whole project submittal was created as a voluntary initiative by Tamdeen Group in collaboration with Ajiyal Real Estate & Entertainment Co. and has received blessing and approval from the Kuwait Municipal Council, Planning Authority and the State’s Cabinet. It reflects the company’s vision of Kuwait’s potential to create an integrated and uniquely designed city that will raise the standard for urban architecture and planning throughout the world – a collaborative partnership between the private and public sector. The development plan aims to provide a comprehensive and integrated commercial and residential environment that combines innovation with superior design and would provide a whole new urban space for Kuwait’s ambitious
expansion plans.

The Al Khiran Hybrid Outlet Mall in Kuwait is set to meet heightened shopper expectations by offering a combination of high value and dynamic experiences through a mix of premium outlet shopping, curated dining, immersive entertainment, large format events & exhibitions and recreational leisure experiences when in opens in April 2022. The project area is spread over 350,000sq m, the total GLA of the upcoming outlet is 70,000sq m and it will be home to 300 retail stores. Al Khiran Hybrid Outlet Mall is being developed by the Tamdeen Group which has consistently delivered exceptional real estate including the award winning 360 Kuwait and Al Kout with a single-minded purpose; To Build Great Places.

Back in September Mall of Oman by developer Majid Al Futtaim opened its doors in Muscat and the 140,000sq m mall features the sultanate’s largest cinema, a food court, and Oman’s largest indoor snow park, which spans over 14,000sq m. More than 80 per cent of the LEED-certified mall’s gross leasable area has been leased, and 300 retail outlets are in the process of launching. As for those looking to go on a culinary journey, Mall of Oman has unveiled a 1,000 plus seater food court which will offer a selection of global chains. Meanwhile, those looking for more indulgent cuisine options from across the globe, will soon be able to visit various cafés and restaurants at the mall including over 50 dining options.

Diamond Developers, the company behind The Sustainable City in Dubai, has partnered with Oman Tourism Development Company for the sustainable tourism project, Yiti. The two companies have formed a joint venture called Sustainable Development Investment Company (SDIC) and the agreement will see the development of the first phase of the Yiti Tourism masterplan. The first phase of the Yiti project will cover an area of 900,000sq m and will focus on constructing the sultanate’s first fully sustainable mixed-use project. This phase will include green public spaces, residencies, tourism, commercial, and educational facilities, all tied together with well-balanced and integrated components. Visitors and residents will be able to enjoy a variety of lifestyle experiences such as restaurants, cafés, shops, an equestrian centre and a farm.

Upcoming multi-billion Qatari Riyal mixed-use development by United Developers, Place Vendôme is soon to open in Qatar’s emerging Lusail City. The project, which broke ground on 17 March 2014, will package 1.5 million square metres of retail, leisure, entertainment and luxury into a one-stop family destination by the seafront. The project will feature a canal running through it directly from the sea, making for a gorgeous open plaza experience with cafés and restaurant overlooking the water. Opening on 15 March 2022, Place Vendôme will be a new destination for the region, combining utmost convenience with an ocean of choices. The retail component of the project is a carefully blended composition that caters for all tastes and preferences. With the full spectrum of retail covered, the customer can choose to browse the luxury flagship stores in the opulent precinct of the mall or sample the numerous high street fashion brands in the main mall.

Located off Lusail City in Qatar, Qetaifan Island North by Qetaifan Projects is designed to be Qatar’s future iconic destination. The project spans approximately 1.3 million square meters, with 129,296sq m of waterpark alone. The island also features exciting entertainment attractions that the whole family can enjoy, in addition to diversified waterfronts, distinct neighbourhoods, luxurious hotels, pedestrian friendly streets, living gardens, and world class facilities that make it a modern, globally-competitive community with a unique design that is inspired by the rich culture and nature of the region. The main artery of the island, linking all zones together is the Linear Park. An artificial Salt Lake linked to the sea, allowing visitors to enjoy fishing, boating and plenty of other family-friendly fun activities. Spread over the lakeside are community facilities, such as snack stalls, prayer rooms, seating, as well as meeting rooms, game rooms, and a kid’s club. Much of the construction for the project is now complete and the entertainment landmark will then be fully inaugurated at the FIFA World Cup 2022 in November.

Dubai’s Majid Al Futtaim has signed an agreement with global infrastructure consulting firm AECOM to help mastermind the development of the retailer’s Mall of Saudi, its flagship project in the Kingdom which is scheduled for opening in 2024. The mall is set to break ground in the fourth quarter of this year in Riyadh, as part of a mixed-use development in the north of the capital city. AECOM will be the lead design consultancy on the project and supervise construction of the mall, which is expected to consist of about 600 stores across 300,000sq m of gross leasable area. At present, half of the space has been reserved by retailers. Mall of Saudi will also include the largest ski slope and snow park in the Middle East, luxury hotels and branded residences covering about 2,000 keys and on a 214,000sq m area. The mall will also include a Carrefour hypermarket and 31 VOX Cinema screens, including the world’s largest IMAX, and a Magic Planet.

1364 will be a world-class shopping, dining and entertainment centre that offers Saudi society a place to express and fulfil their modern desires. The 1364 shopping centre will be a location as unique as the Diplomatic Quarter itself, with extensive greenery and water features to ensure that the project is an extension and continuation of the Diplomatic Quarter, with well blended contemporary architectural practices and a modern, attractive merchandise mix to attract young professionals and families from all over Riyadh. Set to bustle with energy and activity, day and night; there will always be something new for guests to discover at the 1364 site, from live music, casual bites, play areas and an extensive cultural scene, 1364 springs to life, offering ever-changing activities for families and trendy meeting places that create the ultimate social scene. An opening date for the project has not yet been announced by developer Unified Real Estate Development Co.

Delivering 2.8 million square feet of retail (2 million square feet of leasable space) Reem Mall will comprise around 450 stores, including 85 F&B outlets across two food courts and a range of family-focused entertainment offerings, including the world’s largest indoor snow park. Other entertainment and leisure offerings include a multiplex cinema and a children’s entertainment area. Positioned on Reem Island, right in the heart of Abu Dhabi, the mall will offer easy access along with ample parking with 6,800 vehicle spaces. The project, costing AED 4.4bn, is being developed by The National Real Estate Company (NREC) and United Projects for Aviation Services Company (UPAC). One of the major investors in Reem Mall has commented that the venue is likely to open in this quarter.

Emaar’s newly launched Dubai Hills Mall, features up to 600 outlets, including retail stores, restaurants and cafés. The mall boasts a gross leasable area of 2 million square feet, together with four major family entertainment and leisure centres, as well as a Cineplex, hypermarket, multiple anchor retail stores, an indoor roller coaster and dedicated parking for over 7,000 vehicles. The Dubai Hills Mall project is a part of the Dubai Hills Estate project, a scheme that invites residents to live in a sophisticated address, surrounded with luscious landscaped greens and pristine fairways with the iconic backdrop of the Burj Khalifa and the Dubai skyline. The scheme itself encompasses the Dubai Hill Malls, an 18-hole championship golf course, 1,450,000 square metres parks and open spaces and 180,000sq m Dubai Hills Park, as well as much more. 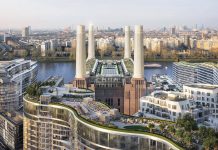 Mapic Insight – Blueprints for the Future 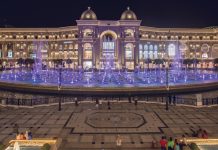 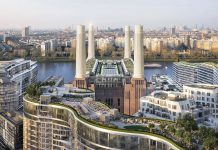