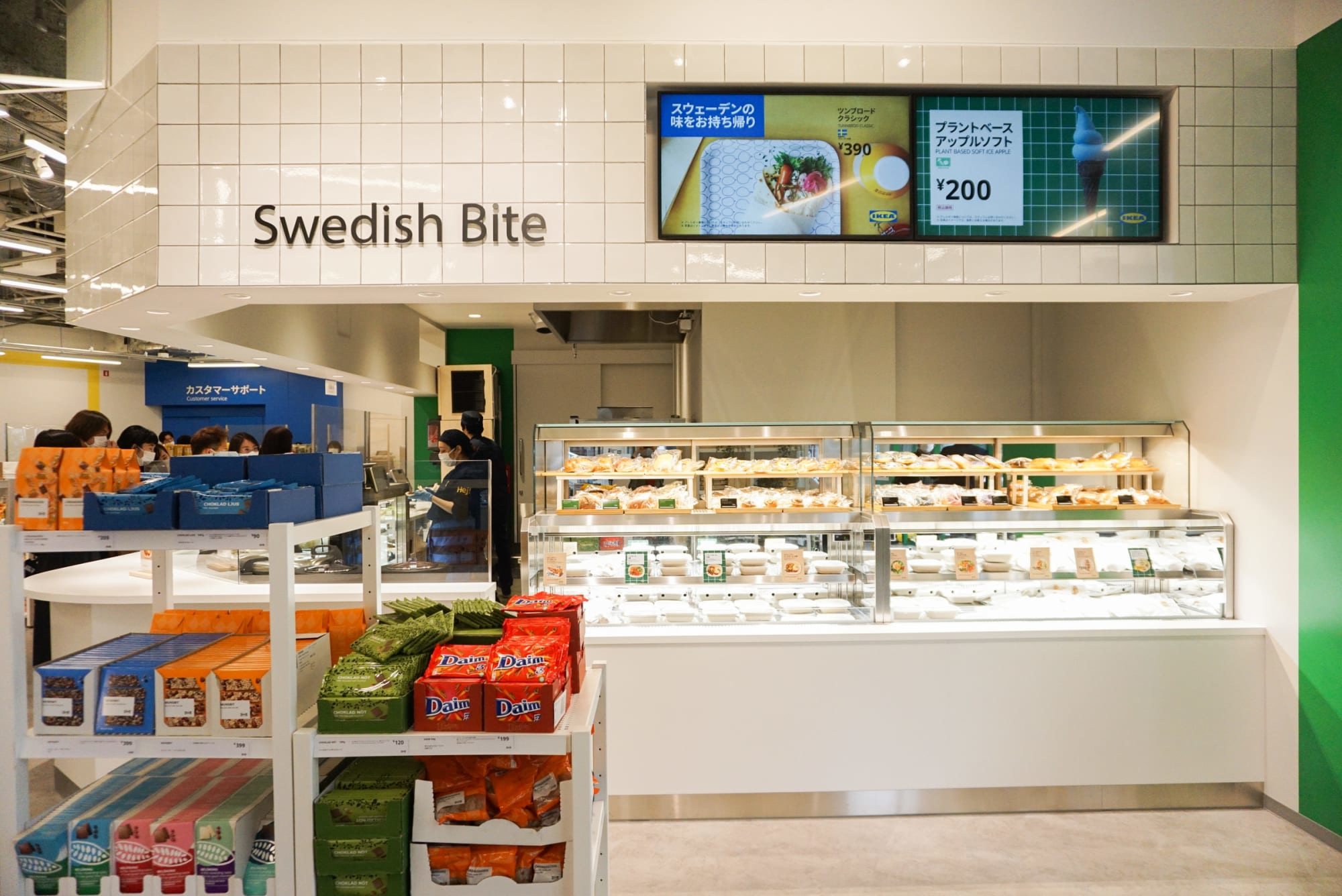 ‘Swedish Bite’ will open to the press on May 17 and will be located on the first floor of IKEA Shinjuku.

The new shop-in-shop format will house a lineup of bakery products including traditional Swedish dishes such as Tum Broad, meatballs, and cinnamon rolls. The ‘Blue Plant Base Apple Soft’ which has been inspired by the shape and colour of the 50 yen soft serve ice cream and is usually sold at regular stores, will be offered as a limited time offering.

The Swedish Bites offering has been launched in response to the growing take-out demand in the New Normal era and aims to reduce food loss by selling items by weight. Around 50 per cent of the menus offered, including lasania, plant balls, and keema curry are plant-based. Other environmentally-friendly items including Salmon Marinated Grabad Sauce and Silmayo Shrimp Potato Salad are also available.