The new Toronto flagship, which was completed last month, has transformed the previous two-story location on Bloor street into a bright and airy open concept store that spans 9,000 square feet. The facelift is a part of the Montreal-based company’s multi-million-dollar capex program implemented over a year ago, in order to renovate and remodel its retail stores as part of its transformation plan.

The Canadian jeweler has shifted its store design to be more casual and less intimidating with the addition of new features like ‘The Labo’, which allows pedestrians to easily view Birks’ latest collections from the street, and the interactive bridal bar, designed to bring family and friends to be a part of the experience.

Likewise, at Fairview Mall, Birks has opened a brand new 1,500-square-foot store close to its previous location – following a new direction for the company’s smaller footprint stores – that adopts many of the features of the Bloor Street flagship design.

“Birks is continually evolving and growing as a company and that is something we wanted to reflect in these new stores,” said Jean-Christophe Bédos, president and CEO of Birks, in a news statement. “Both locations offer a fresh take on Birks’ legacy, redefining the traditional jewelry shopping experience.”

The stores will house Birks fine jewelry and Birks Salon collections, in addition to boutiques by leading international fine jewelry and timepiece houses such as Chaumet and Messika, which are exclusive to Birks in Canada, Montblanc, TAG Heuer, Roberto Coin and Cartier.

Italian brands Panerai and Vhernier are exclusive to the Toronto flagship store, which is also home to a Van Cleef and Arpels boutique that has its own street-facing entrance.

In fiscal 2019, the company reported net sales of $151 million, an increase of $4.4 million or 3 percent compared to the prior fiscal year, driven by an increase in comparable store sales of 1 percent.

The company founded in 1879, currently operates 28 stores under the Birks brand in most major metropolitan markets in Canada, one retail location in Calgary under the Brinkhaus brand and two retail locations in Vancouver under the Graff and Patek Philippe brands. 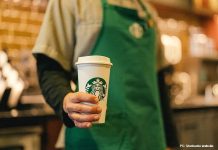 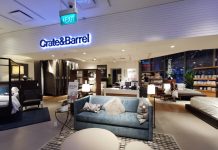 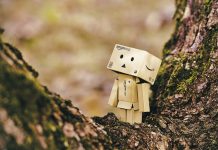