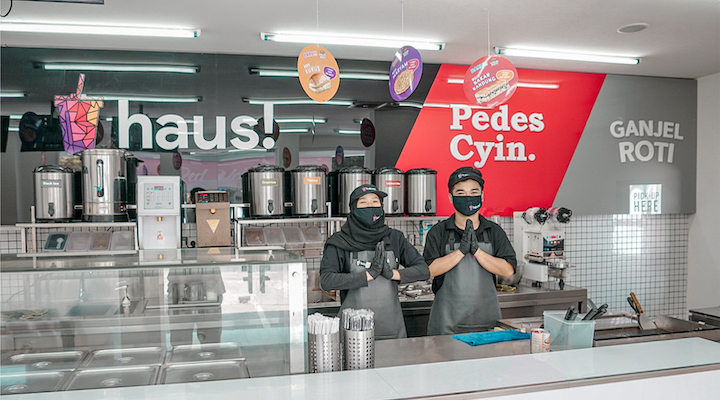 Indonesia-based made-to-order beverage chain Haus! has completed its series B1 funding round to fuel its expansion plan as competition heats up.

Led by Atlas Global Ventures, Hong Kong-based Strategic Holdings and Prasetia Dwidharma, the round was also joined by several angel investors, including Rama Notowidigdo, the former chief officer at Gojek. The amount raised was not disclosed.

The series B1 funding round follows Haus!’s US$2M series A funding in 2020 from BRI Ventures. Founded in 2018, the beverage chain target middle and middle-low market segments, catering to millennials and Gen Z consumers. According to the brand, the number of stores has increased 120 per cent since last year.

“Haus! is an attractive investment because it has achieved profitability and is not dependent on external funding,” said Arya Setiadharma, CEO of Prasetia Dwidharma. “This means Haus! can focus the investment received on business growth where other start-ups are on a survival method.”

The funding comes at a time of fierce competition in the Indonesian coffee market as major players increase their influence. One rival Kopi Kenangan is on track to open 100 stores per quarter this year, while another, the Rocket Internet-backed grab-and-go chain Flash Coffee, has secured more than US$30M in series B1 funding.