Lyoum is a quality prêt-à-porter brand that was developed between Paris and Tunis with delicate Mediterranean influences. Here, RLI speaks with company CEO Sofiane Ben Chaabane to discuss how the company has been operating during the pandemic and what the future holds.

The business was founded by French and Tunisian couple Claire and Sofiane Ben Chaabane and since 2011; Lyoum’s collections for women, men and kids have been a true invitation to a wonderful journey between the shores of the Mediterranean.

“We have two Lyoum stores in Tunisia in La Marsa and el Menzah and the first of these opened in 2012,” says CEO Sofiane Ben Chaabane. “Outside of Tunisia we have distributed our products in multi-brand shops in Europe and Egypt and we have opened several pop-up shops in Paris and London. This year we launched a ‘shop-in-shop’ in the Paris-based department store ‘Le BHV Marais’.”

The outbreak of Covid-19 has forced Lyoum to shift its expectations but also offered them the opportunity to rethink its business. They have had to re-evaluate their offer, rethink plans with its manufacturers and postpone some of the planned projects but also accelerate some deep changes that were already in motion, especially regarding its global offer and the timings of the collections.

“Our main concern was our people, our team. First of all we wanted to make sure we could keep and pay everyone. It wasn’t easy but we felt in those tough moments, more than ever we needed to feel together,” explains Ben Chaabane.

From the very beginning of the pandemic, the business strictly observed the official instructions. So when they were allowed to re-open their stores, they did so in accordance with the government’s procedures and recommendations. Ben Chaabane explains that the team was very eager to get back to work and the customers were very supportive and came back to the stores as soon as they opened their doors.

“During the lockdown it was clear for us that, as a brand, we needed to stay close to our community and as far as we were concerned, it was important to focus on what is at the core of our DNA: authentic generosity and caring. So from the very first days of the confinement we opened discussions with our community, to try to share tips, experience and daily chats,” says Ben Chaabane.

The 12 months before Covid-19 were excellent for the company. In December last year they finalised a capital increase to help them take the brand to the next level with the arrival of a new investor who shared their ambition and with whom they wanted to develop Lyoum. Eight years after its launch, they had a more mature design line, a growing panel of clients and a stronger and more engaged community on social media.

Sofiane explains that their distribution strategy has never been based on massive store openings and they have always made sure to remain light and flexible. As a Tunisian brand they felt it was important to have a physical presence in Tunisia with its two stores. Outside of Tunisia they have based their distribution plan on two pillars, digital and pop-up stores.

“We believe in the power of brands. When it comes to them, it’s more than just products. Brands have a vision, a story to tell and a message to convey. At Lyoum, we have always wanted the brand to be more than just a fashion brand. We connect people and try to trigger people’s open-mindedness and curiosity.”

Beginning life as a small independent brand that could not afford to pay massive amounts on traditional media platforms, they instead focused their energy into crafting a genuine social media approach, based on a truly innovative brand positioning at that time. So slowly and step-by-step, they have built a strong community on social media, a very engaged community that has supported them in their growth and which they have leveraged for their e-commerce business.

Since its inception the company has continued to operate with the same recipe: that of a strong, unique and innovative positioning at the service at premium quality products, manufactured with love and respect.

Ben Chaabane feels that one of the key drivers behind the success of Lyoum is that it conveys a message that taps into people’s hearts’ that fashion is not only about products, but it is also about playing a wider role and sharing strong authentic values to make the world better.

Looking ahead, the business has a lot of good plans in the works, an excellent and engaged team and as a group they are always working on improving their offer.

“What we have discovered this year is that no one is safe against a worldwide issue such as a pandemic. The only thing that we can make sure of is to remain as flexible and resilient as possible,” concludes Ben Chaabane. 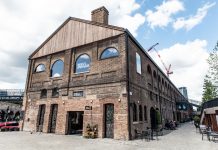 Wolf & Badger – A Vision to Innovate 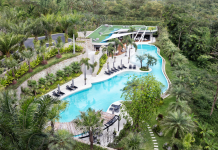 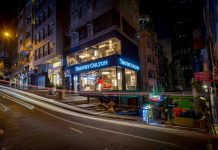 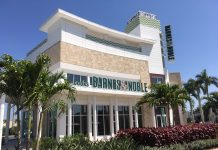 Barnes & Noble – The Power of the Written Word 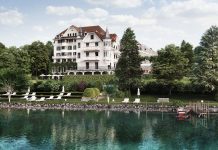