The Italian label and premium down jacket specialist, founded in 1952 in the French Alps, will be taking over the 1,500 m2 premises at number 119 that were occupied since 2007 by a Nespresso store, which closed down at the end of October. A premium location nestled between the dazzling Dior and Boss flagships. Indeed, the arrival of Dior, which was said to be temporary, has sealed the Champs Elysées’s upper end’s transformation into a luxury hub.

Moncler’s forthcoming opening, for which the label hasn’t yet given a date, is part of a series of new stores clearly positioned to appeal to international customers and especially tourists. Recently, the label led by Remo Ruffini has boosted its presence in the travel retail sector, opening stores at the Istanbul, Beijing Daxing, Zurich and Paris Charles de Gaulle airports, and relocating the boutique it operates at Hong Kong international airport. According to Moncler’s latest quarterly results, published last month, direct-to-consumer sales account for 60% of the label’s revenue.

The news follows the brand’s decision to hold one of its House of Genius promotions at the Galeries Lafayette department store’s branch on the Champs Elysées. House of Genius is an initiative highlighting the label’s new creative approach through a series of collaborations with renowned designers. As well as on the Galeries Lafayette branch on one of “the world’s most beautiful avenues,” the initiative is being staged in parallel at a series of temporary installations in Milan’s Galleria Vittorio Emanuele II, in the Shibuya district in Tokyo, and at a pop-up store at Maxfield on Melrose Avenue in Los Angeles. 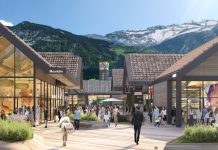 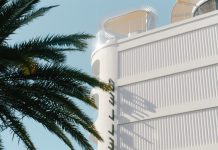 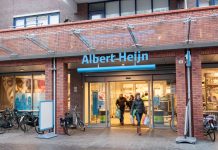