A Breath of Fresh Air

The coronavirus pandemic has spread across the world and almost singlehandedly brought the world of retail to its knees. Despite this, outlet centres seem to be continuing almost unhindered in its success as more and more people feel more comfortable in an outdoor environment. Here, RLI takes a look at a number of major outlet centre projects from around the globe.

The Corona pandemic and the lockdown ordered by the authorities led to the closure of all shops in almost all European countries that were not absolutely necessary for the basic supply of the population with food and other short-term necessities. Outlets offer a combined leisure and shopping experience. We are already seeing that they will continue to attract shoppers during these challenging times. Consumers are now looking more for leisure on their doorsteps, so local catchments are proving to be more important than they were before Covid-19. According to data from CACI, the requirement to work from home and the fear of public transport has reduced visits to city centres by 20 per cent. 55 per cent of consumers are visiting local high streets for non-essential retail versus only 16 per cent going to cities. Outlets with strong local catchments are already benefitting from these new behaviours.

According to ecostra GMBH, with the exception of food retailing, this affected almost the entire retail sector, regardless of location or whether the shops were rented in a shopping centre or retail park or in a high street. However, outlet centres, which focus on fashion predominantly, were particularly affected. As a result, the outlet centres were closed completely for several weeks and months.

Despite this, their findings show that since shops have re-opened in mid-May 2020 in Germany and across other European countries since then, a clear trend is emerging in that outlet centres have returned to the previous year’s levels of footfall and turnover much more quickly than shopping centres or inner-city high streets and over the next few pages we will present a selection of the key projects that have already opened and some that eagerly awaited in the future.

Outlet projects across the world

VIA Outlets, which owns and operates a portfolio of eleven premium fashion outlets in Europe, has had a busy year despite the Covid-19 pandemic: having been asked to close eight of its centres at the beginning of the pandemic, it was able to reopen all centres in early June – seeing encouraging trading performance across both brand sales and, where there are no government-imposed caps on visitors, footfall since. VIA Outlets has also continued its remodelling programme, with Zweibrücken Fashion Outlet outside Frankfurt being the latest centre to enjoy upgrades. The works, which started in 2019, has sought to modernise the centre by redesigning its central squares, integrating gastronomic concepts, planting over 80 trees, building new rest and leisure areas and much more. Following the completion of the redesign in June, the centre has also welcomed a set of new brands including Coccinelle, Sportalm, BALR and Starbucks, bringing the total number of brands in the fully-let centre to over 120.

Springfields Outlet, the 200,000sq ft scheme with 25 acres of leisure attractions set in beautiful landscaped gardens. The leading shopping and leisure destination in the East of England, it includes 54 outlet stores, nine restaurants, a 58,000sq ft garden centre and a 43-bedroom hotel. Since re-opening to the public on 15 June, Springfields Outlet & Leisure in Lincolnshire has once again demonstrated its resilience. Springfields award-winning gardens and leisure have also reopened, and the combined outlet and leisure offering has attracted back existing and new customers to this popular destination. The ongoing opening of new higher-profile brands has continued with Dune London opening doors to a high spec fit-out and joining brands like Radley, Joules, Jack Wills and Crew Clothing. This has all translated into high quality turnover with spend per visitor increasing by 11 per cent year on year. Fashion, beauty, home and garden are all performing particularly well.

Opened in October 2019 by McArthurGlen was the innovative and attractive extension to the existing Ashford Designer Outlet complex which added 46 retail, leisure and F&B units to the 80 already operating, as well as a new events space and a children’s play area. A net 324 extra parking spaces have been created to serve the development, which welcomed 3.6 million visitors per year before the expansion – a figure which is expected to greatly increase. The original building was designed by Richard Rogers (Baron Rogers of Riverside) in an oval shape and covered by a fantastic, oversailing canopy, designed by Architen Landrell – it was necessary to ‘cut’ the ends off both this canopy and the buildings below it to enable the construction of the new extension, which provides 46 new units (with the flexibility to house 50, if required).

Fashion House Outlet Centre St. Petersburg, which opened in November last year is the sixth outlet centre developed in CEE and Russia under the Fashion House brand, and the second in Russia. The first is located in the Moscow Region and has been operating since June 2013. In the next two years, it will grow to have 120 stores on 20,330sq m of total leased area. The construction works started in October 2018 and the investment cost about €52M. Fashion House Outlet Centre St. Petersburg serves a total catchment area of over five million inhabitants. The investment attracted top quality international and domestic brands, available for the customers all year round for 30 per cent to 70 per cent less than original prices.

Fashion House Group will also open a second outlet centre in Bucharest in 2021. Situated to the east of the Romanian capital, near Cernica, the new mall is already well under construction and has been designed in an ‘Old Bucharest’ architectural style and will include 62 units across 12,600sq m. Fashion House – part of developer Liebrecht & wooD – has now delivered six outlets in Central and Eastern Europe, the most recent in St Petersburg, Russia.

In February, McArthurGlen Designer Outlet Malaga opened in the south of Spain in partnership with Sonae Sierra. The new shopping destination hosts a mix of European and US brands including Polo Ralph Lauren, Adidas, Karl Lagerfeld, Brooks Brothers, Escada, Tumi, Pal Zileri, Scalpers and Zwilling. The centre is located next to Plaza Mayor, the city’s most-visited shopping centre, and has been designed to reflect local Andalusian architecture. McArthurGlen, in partnership with Sonae Sierra has brought the very first designer outlet to southern Spain. Located next to Plaza Mayor, the city’s most visited shopping centre with more than 10 million visitors, McArthurGlen Málaga provides guests with a unique retail experience and become a tourist shopping destination.

Amsterdam The Style Outlets’ development by developers NEINVER is on course to open at the end of this year. A large part of the construction has been completed. The final facades of the units will soon be finished, and the brickwork in the parking garage and inside the centre are being finalised. The units will soon be ready for handover to the tenants and the scheme will be counted as a flagship, with its unique location in an incredible catchment area. Amsterdam The Style Outlets will feature 115 stores set across 19,000sq m of GLA, including 1,000sq m planned for leisure areas, restaurants with outdoor seating, walkways and gardens. The village design of the centre is inspired by traditional Dutch architecture, with an important role for vegetation and natural light. Developed in line with high sustainability standards, the centre has obtained BREEAM New Construction certification in the design phase.

As the first outlet developed at the crossroads of Europe and Asia, Tbilisi Outlet Village is set to be the number one outlet in Eastern Europe. Located close to Georgia’s 1.2 million population capital, it will ultimately include 110 units spread across 20,000sq m GLA. It has been designed by L35, Europe’s leading outlet architects who were also behind La Roca and Las Rozas Villages in Spain. It is being developed by Georgian Outlets & Resort Group, led by Guram Tsanava and Sandro Kordzakhia, with The Outlet Resource Group (TORG) leading on development, leasing and future management. Opening in 2021, it is already 20 per cent leased and will offer an unrivalled selection of international designer and mainstream brands mixed with a set of local Georgian designer labels, catering to both domestic shoppers and tourists. 50 per cent of customers are expected from the four neighbouring countries Azerbaijan, Armenia, Russia and Turkey.

Cheltenham-based developer Robert Hitchins Ltd and leading European outlet operating company ROS Retail Outlet Shopping have unveiled plans for Designer Outlet Cotswolds, to be built at junction 9 of the M5 motorway in Gloucestershire. The 195,000sq ft outlet village will be opened in two phases and will feature some 90 retail units, restaurants and cafes. Construction is due to start on site in autumn 2020 with the first phase expected to open towards the end of 2021. The scheme is part of a wider retail development including a new 81,800sq ft garden centre, alongside an existing M&S supermarket, Starbucks and BP petrol filling station which, combined, will provide additional attractions to the site. A planning application for 850 homes, school and local centre to the south has also been submitted and is awaiting determination.

Empire Outlets by developers BFC Partners opened in phases between April 2019 and early 2020, with Nordstrom Rack – one of the shopping centre’s major anchors – launching on 4 July. Empire Outlets is now New York City’s premier outdoor shopping and dining centre. With its picture-perfect views of lower Manhattan, a lush landscaped plaza with tranquil fountains, and access to some of the best deals, Empire Outlets is unlike any other shopping destination in the city, and is just steps from the Staten Island Ferry. The project hosts approximately 100 shops of the finest, brands, an extensive array of waterfront food and beverage concepts and a 190-room hotel.

Thailand’s first international luxury outlet opened in August last year, Central Village is home to more than 235 stores of well-known brands from around the world after development was completed by Central Pattana. Expect to shop for brands like Polo Ralph Lauren, Kenzo, Vivienne Westwood to CK Jeans, Adidas, Converse and Superdry. Central Village looks to become a gateway for both inbound and outbound travelers. Situated minutes away from one of Asia’s busiest airports, Central Village is complete with outlet shops, restaurants, tourist service joints, and a world-class hotel.

The Al Khiran Hybrid Outlet Mall in Kuwait is set to meet heightened shopper expectations by offering a combination of high value and dynamic experiences through a mix of premium outlet shopping, curated dining, immersive entertainment, large format events & exhibitions and recreational leisure experiences. The project area is spread over 350,000sq m, the total GLA of the upcoming outlet is 70,000sq m and it will be home to 300 retail stores. Al Khiran Hybrid Outlet Mall is being developed by the Tamdeen Group which has consistently delivered exceptional real estate including the award winning 360 Kuwait and Al Kout with a single-minded purpose; To Build Great Places.

A first of its kind in the country, Prime Outlet Cairo will offer customers the first available brands in an outlet setting in Egypt when it opens in 2021 by Freeport Retail. The upcoming Eastgate development will be home to many different elements, including premium residential accommodation such as hotels and serviced apartments. Also on site will be a major educational campus encompassing an international university and school, office and commercial buildings and finally, an “Auto World”, a high end showroom plus test circuit to enable top car manufacturers to showcase their products. The first phase will open with a 14,000sq ft site that will include mostly merchandise but also a lot of food and beverage offerings. The second phase will be 10,000sq m and finally the last phase will add an additional 5,000sq ft. However due to the clever design from BCIstudio this can be extended further if there is more demand from consumers. 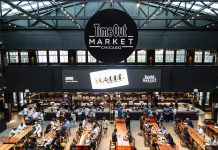 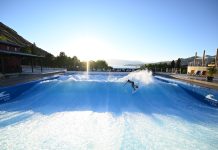 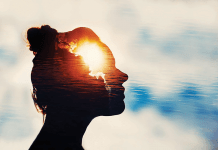 Special Feature – Cause and Effect 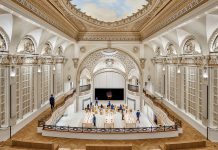 Special Feature: Stores of the Future – The Next Frontier of Retail 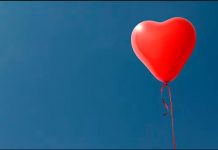