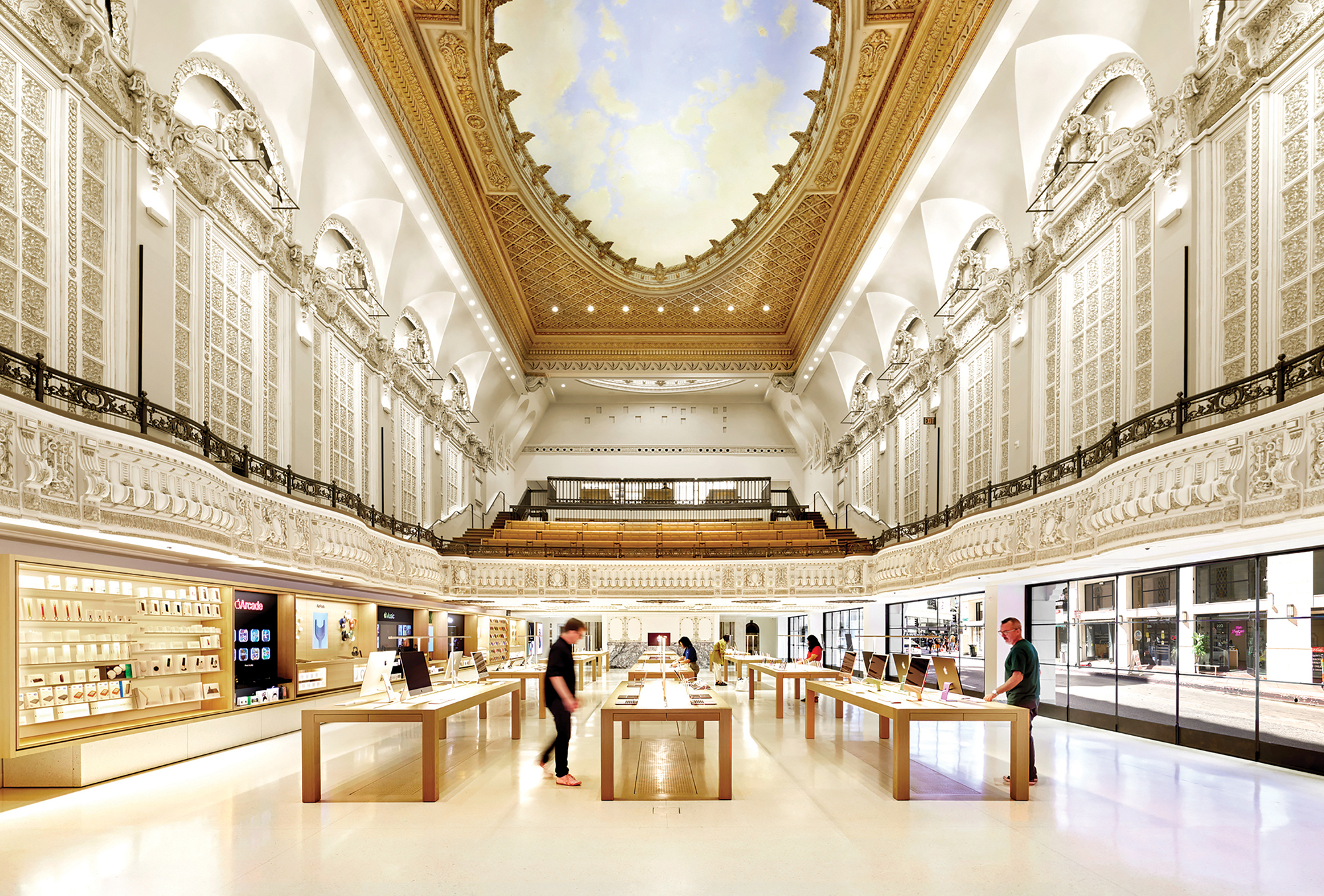 On its most basic level, retail real estate properties are sites that are bought and sold exclusively to market and sell consumer goods and services. In this Special Feature on the Transformation of Retail Real Estate, RLI will take a closer look at the meaning of this transformation, how it affects retail, and how it is being incorporated in schemes around the globe.

Retail real estate is one of the largest and most diverse categories within the commercial real estate sector, and unlike the commercial sector, which encompasses land and developments used to generate profits, retail establishments are used exclusively to market and sell consumer goods and services explains Jeff Bartel, Chairman and Managing Director of Hamptons Group, LLC in his article ‘The Future of Retail Estate: What to Expect’.

He goes on to say that retail real estate allows investors to rent, lease, manage, buy or sell spaces that range from shopping centres to individual stores and pop-up shops. Bartel also mentions that the effects of Covid-19 on retail real estate were swift and widespread, causing the highest number of retail bankruptcies in over a decade. Apparel retailers and department stores, in particular, felt the brunt of the Covid-19 pandemic, with analysts predicting 20 per cent less retail real estate by 2025 he explains.

Within their article ‘The Future of Shopping: Creating Customer Value with Retail Real Estate’ for Deloitte, Stephen Rogers and Jim Eckenrode highlight that even before the pandemic, shopping centres and retailers were facing many challenges such as the rise of e-commerce, shrinking foot traffic, and changing consumer shopping preferences threatened a way of shopping that existed for decades. Covid-19 accelerated these trends, and created a more digital-centric consumer who expects frictionless transactions, personalised experiences, and elevated conveniences. These new purchase drivers highlight the need for shopping mall transformation, but also create unique opportunities for the industry.

They continue by saying that, this, along with other factors will likely require retail real estate owners to adopt a more holistic view of the “jobs to be done” in retail spaces. It is no longer enough to offer the physical space for consumers to find goods; retailers should entice consumers with a more enriching experience that fosters a sense of community. Retail real estate owners should embrace these consumer shopping preferences; they highlight the value retailers that have a brick-and-mortar presence with integrated omni-channel capabilities can bring.

Transformative Projects Around the World
Last year Apple previewed and opened a new retail location at the historic Tower Theatre in downtown Los Angeles. One of Apple’s most significant restoration projects to date, Apple Tower Theatre is inspiring even more creativity in the heart of downtown. Apple also launched Today at Apple Creative Studios, a global initiative that will provide hands-on experience and mentorship to young creatives, which kicked off with the opening of the new store in Los Angeles. Apple Tower Theatre is Apple’s 26th location in greater Los Angeles. The store’s nearly 100 talented retail team members joined more than 3,000 Apple Store employees across the region. “At every corner, Los Angeles bursts with creativity across the arts, music, and entertainment, and we are thrilled to build on our relationship with this special city,” said Deirdre O’Brien, Apple’s Senior Vice President of Retail + People. “Apple Tower Theatre honours the rich history and legacy of this entertainment capital.” Apple Tower Theatre anchors the corner of Eighth Street and Broadway, where visitors will immediately recognise the fully restored clock tower, recreated Broadway marquee, clean terra cotta exterior, and renovated historic blade sign. After walking through the Broadway doors, guests enter the monumental lobby inspired by Charles Garnier’s Paris Opera house, featuring a grand arched stairway with bronze handrails flanked by marble Corinthian columns.

The American Dream mega mall in East Rutherford, New Jersey, just a heartbeat away from New York City, will debut a new, 10,000sq ft dining area that includes seven luxe boutique-style food concepts. One of three planned food halls at the Meadowlands centre, the new addition officially launched this month in its latest push and expansion drive. First proposed back in 2003, the American Dream mall went through many stages of development struggles before finally opening its doors across 2019 and 2020. Throughout its gigantic space, 70 per cent of the installations are entertainment facilities, whilst the remaining 30 per cent of space is set aside for retail locations. American Dream is an unparalleled mix of world-class entertainment, retail and dining. The centre is comprised of over three million square feet of leading attractions that include DreamWorks Water Park, Nickelodeon Universe, Big SNOW, Angry Birds Mini Golf, The Rink, Blacklight Mini Golf, Mirror Maze, SEA LIFE Aquarium, LEGOLAND Discovery Center and a wide range of premier dining and retail stores.

Launched in December last year was the Hengqin Village development by Shun Tak Development Limited and design architect JERDE. The Hengqin Village development serves as an attraction for all as well as a solution to the lack of space in Macau. Designed as a gateway attraction between Macau and Mainland China, the project provides a variety of retail, entertainment, wellness, and food & beverage options, while adding connectivity to planned office and hotel/serviced apartment towers, as well as the adjacent immigration facilities building. Located at a prime location with direct access to the port and commercial facilities at the border of Hengqin and Macau, the site enjoys a premium transport network, directly connected to the Hengqin and Macau light rails and the extension of Guangzhou-Zhuhai Intercity-Rail in the future. As the podium for two towers, their 4-level village is the heart of the project and the main connective tissue between the various programs, both vertically and horizontally. The southwest corner serves as the primary face of the project as visitors arrive from the bus depot and the immigration port building.

Local developer SDC Imobiliare, along with overseas investment funds, has launched what they claim to be the biggest real estate project in Romania. The Transilvania Smart City mixed-use, estimated to require an investment of €700M, would see the construction of 10,000 apartments, a shopping centre, schools, supermarkets, a hotel and an aparthotel, office space, parks, and conference rooms in Cluj-Napoca. Work on the project began earlier this year. The entire project will be built on a plot of 35ha on a hill close to the Iulius Mall shopping centre. The project’s first stage will be developed on 3ha of land and will include 800 apartments, an aparthotel, nursery, shops, cafes, restaurants, a gym, a bank, a Lidl store and a park. The construction work for this first stage is expected to be completed in 18-24 months. The shopping centre, which will be developed in a later stage, will have an area of 100,000sq m.

Nivy mall in Bratislava, a new shopping centre developed by HB Reavis that also includes the city’s new international bus terminal welcomed almost 330,000 visitors in the first week following the centre’s opening on 30 September. With 130,000sq m of GLA, the multifunctional project is part of the Nivy zone in Bratislava, certified with BREEAM Communities at the Excellent level. It was developed by HB Reavis as a multifunctional modern city district totalling 23ha of land in a former (brownfield) area neighbouring Bratislava’s Old Town. Almost 90 per cent of the 70,000sq m shopping centre is now taken, and the mix of stores includes a number of famous international brands. The project includes a 3,000sq m dining area and a 12,000sq m green roof, divided into several recreational areas, including a 500m running track, two workout zones, functional terraces and a playground.

With a GLA of over 200,000sq m for innovative retail space, spectacular entertainment, top-notch recreation and remarkable leisure options, Mall of Qatar in Doha has introduced a brand new shopping concept that is capturing the imagination and hearts of the entire nation. Visitors have been captivated by over 500 varied retail, dining and café options – which are connected to the five-star Al Rayyan Hotel Doha operated by Curio, a collection by Hilton. Every section of the mall, from its distinctive façade to its exciting interiors, holds an element of surprise that makes it an experience like no other. Ahead of the FIFA World Cup Qatar 2022 later this year, the location is undergoing a transformation that will see it enhance its current site, as well as adding multiple elements to the overall area such as residential elements and a new Welcome Park at the main entrance of the mall which will become a prime point for the entire community with the first sky fountain in Qatar, and 2,000sq m of multi-purpose space, with food and beverage outlets and leasable areas to accommodate upcoming brands.

The New Town of Edinburgh, master planned in the 1700s by James Craig after he won a competition to design the area, possesses a distinct energy and an ongoing history of mixed-use spaces. In the 18th and 19th centuries, the New Town became a haven for writers, printers and publishers, and the W Edinburgh at St James Quarter references this legacy with its ribbon design that alludes to paper unspooling as it runs through the printing presses of times gone by. More than 350 years after Craig designed the district which would become New Town, St James Quarter is continuing the legacy he founded with new spaces for visitors to discover. Opened last year, St James Quarter is a new retail led, lifestyle district that fully integrates into and enhances Edinburgh’s City Centre providing an inspiring, attractive, and vibrant destination for locals and visitors to live, shop, eat, sleep and play. St James Quarter houses an enviable line up of restaurants, cafés, bars, shops, public spaces and leisure venues covering 1.7 million square feet. St James Quarter is a welcoming cultural and lifestyle hub for art, culture and fashion that complements the city’s world-renowned cultural offering and supports its vibrant events calendar.

Taking over a previous Debenhams space, Gravity Wandsworth is London’s first active entertainment venue, spanning over three floors; the location provides state-of-the-art entertainment all day round and is perfect for families, individuals and corporate events. Some of the capital’s most thrilling indoor experiences include Gravity GT, the UK’s most powerful multi-level electric go-kart race, bowling, an impressive 14-lane augmented reality bowling alley, and Urban Street Golf, the unforgettable golfing experience featuring iconic New York sights – plus pool, digital darts, shuffleboard, Gamebox Arcade, Esports Gaming Arena and much more. Opened last year, Gravity Wandsworth also offers three bars –authentic Japanese street food on the ground floor, a welcoming sports bar upstairs, and Newton’s, a trendy New York loft bar. The aim of the site is to bring together children, friends and work colleagues through interactive fun. For Gravity Active Entertainment, Wandsworth was their most ambitious site yet and brings together a multitude of activities into one exceptional location. 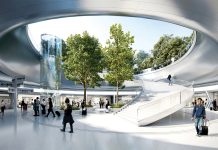 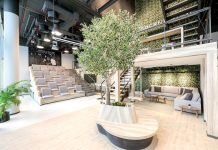 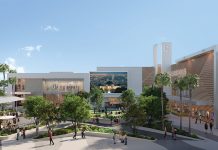