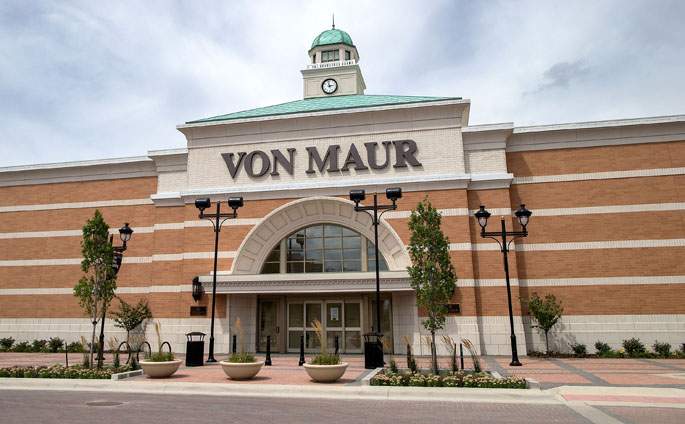 Von Maur is building on its presence in new markets. The family-owned department store retailer will open an 85,000-sq.-ft. store at West Towne Mall in Madison, Wis. Scheduled to open in fall 2021, it will be Von Maur’s second Wisconsin location.

The new location builds on Von Maur’s targeted national growth strategy. The company opened its second Minnesota location in 2018, and it has grown in new states beyond its Midwestern footprint, including Georgia, New York, Alabama and Oklahoma. The company plans to open its third Michigan location, at Woodland Mall just outside of Grand Rapids, on October 12.

The one-story Von Maur store in Madison will feature an exterior brick façade and the retailer’s signature residential ambiance, complete with antiques, original artwork, open-floor plan and music from the on-site grand piano.

“We are thrilled to continue growing our brand in Wisconsin at such an exceptional location like West Towne Mall,” said Jim von Maur, president of Von Maur, which operates 35 stores in 15 states. “After years of scouting Wisconsin, we were finally able to successfully open our first location in the state a couple years ago outside Milwaukee, and the response from customers has been overwhelmingly positive.”

In addition to its selection of popular brands and merchandise, Von Maur is known for its customer service, including an interest-free charge card, accommodating return policy, free gift wrapping and free shipping services.

“Over the years, Von Maur has been one of the most requested names by our customers and we are thrilled to announce their addition to West Towne Mall,” said Stephen Lebovitz, chief executive officer, CBL Properties. “This new store will drive significant traffic to the property and illustrates our ongoing commitment to enhancing the tenant mix.”