Walk into a Rolex store on a high street or at a mall and ask to buy a Submariner dive watch and all you’ll likely get is a bemused grin from a salesperson. Regaled among watchmakers for its masterful marketing, Rolex is able to command $10,000 and up for the basic steel-bracelet model of this watch because it is a master at limiting supply and distribution.

At last year’s Baselworld trade show for the watch industry, Rolex introduced the GMT Master “Pepsi” model at a suggested retail price of just under $10,000. Those lucky enough to get their hands on one were selling them for double that price the very next day.

“If you control distribution, you control price. You control everything,” said Roger Ruegger, the Zurich-based editor-in-chief of WatchTime, the leading magazine for chronometer connoisseurs in the United States. “If you’re a retailer who gets a license to run a Rolex shop, you can pretty much start planning your retirement.”

Envious of Rolex’s ability to wring every last dollar out of avaricious admirers, more watchmakers are bypassing third-party retail shops that sell multiple brands and setting up their own stores. At Westfield WTC in New York, Longines, Montblanc, and Breitling line up in a watch block in the central Oculus. At The Mall at Millenia in Orlando, the branded shops of Rolex, Breitling, Hublot, Montblanc, Omega, and Tag Heuer are dispersed in various locations.

“I think all the brands are looking into opening stores. Also, if you consider yourself to be an absolute luxury brand, you don’t want to be next to your competitors. Today, it’s about telling customers, ‘We want to create a world for you,’” said Ruegger, who was preparing for WatchTime New York, his magazine’s annual watch show for consumers.

One of the things watch brands can do better than Rolex at retail is to be more inviting to customers. Breitling uses aeronautical-themed furnishings and subdued lighting to entice customers to enter their doors. Bremont does much the same at its Madison Avenue shop in New York.

“You want to achieve a climate where people don’t feel pressured to buy a watch, give the store the feeling of a lobby or a lounge. If you have to dress up to walk into the store before you’re allowed to spend thousands of dollars on a watch, you’re more likely to go online to buy it,” Ruegger said.

A Bain & Company study found online purchases of luxury goods rising by 24% in 2017, though a Deloitte survey of 4,500 consumers in that same year found the majority of them prefer to buy watches in stores.

The purpose of WatchTime’s show at Gotham Hall on the last weekend of October is to bring watch brands and watch lovers together in a convivial atmosphere. The first night is a cocktail party at which attendees can talk to watchmakers at their booths and inspect Omegas, Blancpains, Bouvets, and Breguets up close. 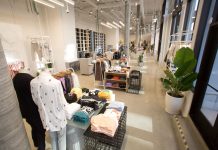 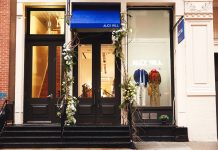 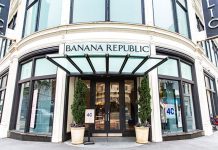 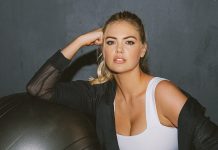