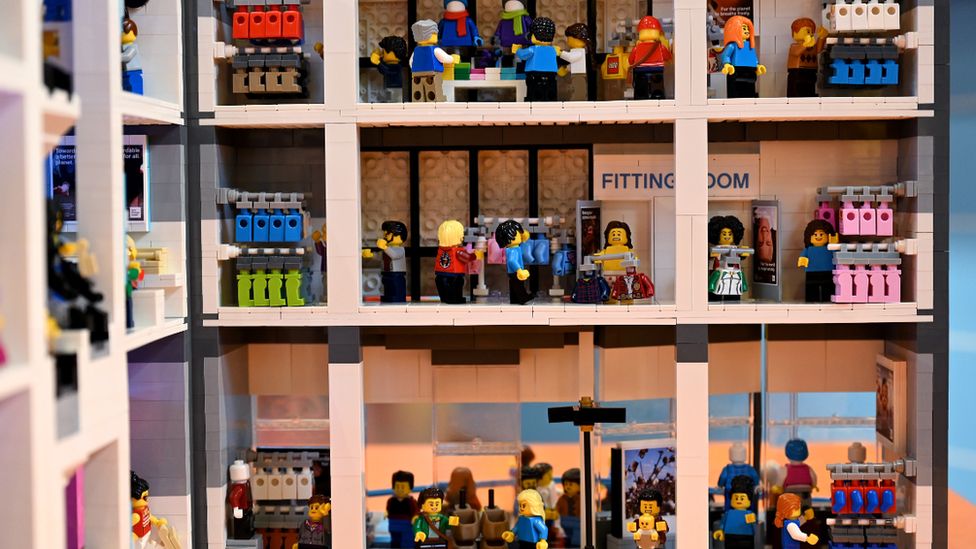 Primark Birmingham is set over five floors and offers customers a huge range of fashion, beauty items and homeware. It has been confirmed by Guinness World Records that not only is the store the biggest Primark in the world, it is in fact the largest fashion retail store in the world.

The replica store has been designed to include the store’s interior and exterior, including the Primark Café with Disney, beauty salon and 203 items of clothing alongside miniature figures of some of the actual local Primark colleagues. Further details include 12 mannequins, four escalators, two tills and miniature shoppers.

Legoland Discovery Centre Birmingham’s General Manager, Amy Langham commented: “We cannot wait to cut the ribbon of the world’s smallest Primark in our attraction’s Miniland. Our Master Model Builder, Michelle has done an amazing job at replicating the famous Birmingham store. Who doesn’t love a trip to the shops?! Now we’re opening a Primark in our Miniland, it means our mini figures can shop till they drop!”