Ever since its inception, the mission for the business has been to be synonymous with high quality design and integrated delivery and its vision is to set the highest standard of design and delivery internationally The company has grown from its Dubai base to operate offices in London, Dubai and Ho Chi Minh City and they are an internationally renowned, award winning architectural group working on projects around the globe.
Recent projects that the group has worked on include the handover of Festival Plaza, an 81,000sqm development in Dubai which the company designed and delivered for Al Futtaim Group.

“This development is important for Dubai for a number of reasons; firstly, the retail experience is markedly different in the mall when compared to the majority of other retail offerings in the UAE,” explains Andrew Bereza, Group Partner at Brewer Smtih Brewer Group (BSBG). “Many of the units contain experiential installations and interactive concepts, as one of the targets of the mall is to become a community-based social destination which presents a series of ‘moments’ that can be shared with each other, or with people around the world through social media.”

In addition, the jewel in the crown of this development is Dubai’s second IKEA store which presents a much more interactive and immersive journey for the end user in comparison with the usual IKEA experience. “We are proud to have continued our relationship with the developer as the design architect and lead consultant on the project,” Bereza explains. The company also announced its role as the design architect behind a new repurposing of key areas in the Dubai Festival City Mall – one of Dubai’s original retail destinations. This project involves the business repositioning the design and execution of the public realm, shifting the architectural experience of spaces to offer a new dynamic which fuses entertainment elements with retail.

Stepping away from retail, BSBG has also unveiled its design of the new VISA Middle East Headquarters, located in Dubai Internet City, and SHA Emirates, a five-star health and wellness resort located along the coast between Dubai and Abu Dhabi.

“We are also continuing on a number of new key projects in the region which include The Island, Dorchester Collection Hotel and Private Residences, Banyan Tree Residences – Hillside Dubai and ICD Brookfield Place,” says Bereza. Despite challenges in the market at the moment, Bereza feels that retail will continue the evolutionary trend into destination-based entertainment and mixed-use functions to support community services. He explains that space activation comes to the forefront of the mix of uses that developers need to focus on for existing assets, as well as new build mixed-use.

“As a business, our approach is permanently evolutionary. Projects are becoming far larger in scale and complexity, and we understand the importance of multi-disciplinary collaboration, communication, the sharing of ideas and clarity of information in delivering these developments,” says Bereza. The team at BSBG believe that successful delivery can only be accomplished through efficient teamwork and close collaboration between all parties. An example of this is with The Island – a highly complex project requiring new levels of sophistication in terms of coordination. For the project, they created a project hub within their headquarters, where all external parties involved in the project came to work alongside them every day, all working side-by-side.

When asked about the changes in the design sector in recent years, Bereza commented that placemaking, while certainly not a new concept, is something that is playing an increasingly vital part in every project they are involved in and it is all about developing areas to become vibrant, activated spaces that cater to a variety of needs, encouraging people to engage with them. Technology of course plays a pivotal role in the modern design sector, and BSBG is committed to remaining at the forefront of the continually evolving landscape of technical design, and a big part of its dedication in this regard involves early stage testing of beta software to understand and predict the impact it could have for its clients’ projects and on their working process.

“From a design perspective, our work in 3D software especially has had a great impact on being able to communicate our design vision to our clients and it is a field that we consider integral to our market proposition.” Looking ahead, the company expects strong performances in key locations throughout the Middle East and in Europe. Their expertise in design and delivery of high value projects in the UAE positions them as key collaborators in achieving the huge project ambitions of the Kingdom of Saudi Arabia which currently has 80 mega projects under construction.

“Developers and stakeholders can see the work we have produced in Dubai, and we are looking forward to providing the same level of expertise to help Saudi reach its objectives throughout 2020. In addition, the traction we have gained and the growth of our reputation in London has been quite remarkable. We’re currently working on three high profile projects in the UK’s capital, and we expect to be in a position to announce more as the year progresses,” Bereza concludes. 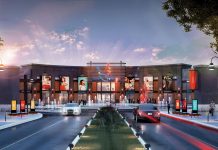 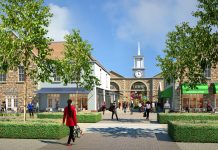 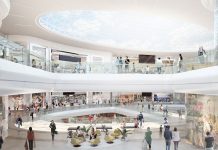 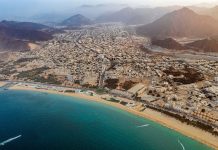 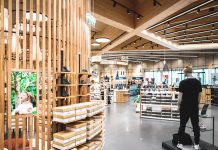