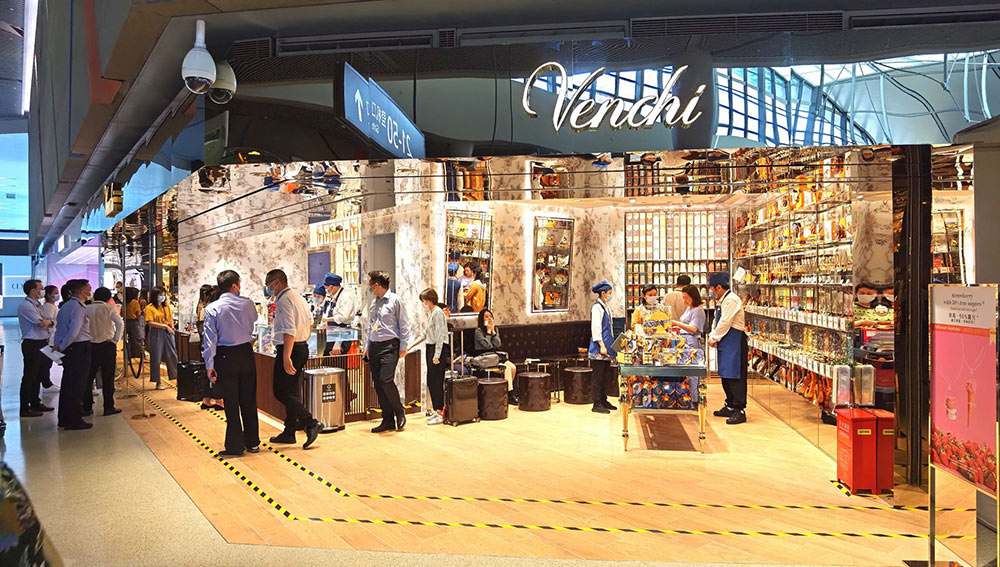 The opening is part of Venchi’s quick Asia-Pacific expansion, with the business opening 12 stores in China, Japan, Taiwan and Indonesia last year alone. As for this year, Venchi is planning to debut in Nanjing, Osaka, Nanjing, Malaysia, Taipei and Jakarta.

Marco Galimberti, MD at Venchi Asia Pacific, said he believes Asia is the company’s future and now is the perfect time to invest. “Never let a good crisis go to waste is our motto. We didn’t allow Covid to affect our plans as we know sooner or later the situation will resolve. Instead, we powered on and adapted to the climate we now find ourselves in,” said Galimberti. “By the end of this year, Apac will be Venchi’s largest market outside of Italy, with the highest number of stores.”

The company announced that its investments in Hong Kong and the wider Asia-Pacific market stemmed from its realisation that the current market situation is more stable and rental rates have become more favourable.