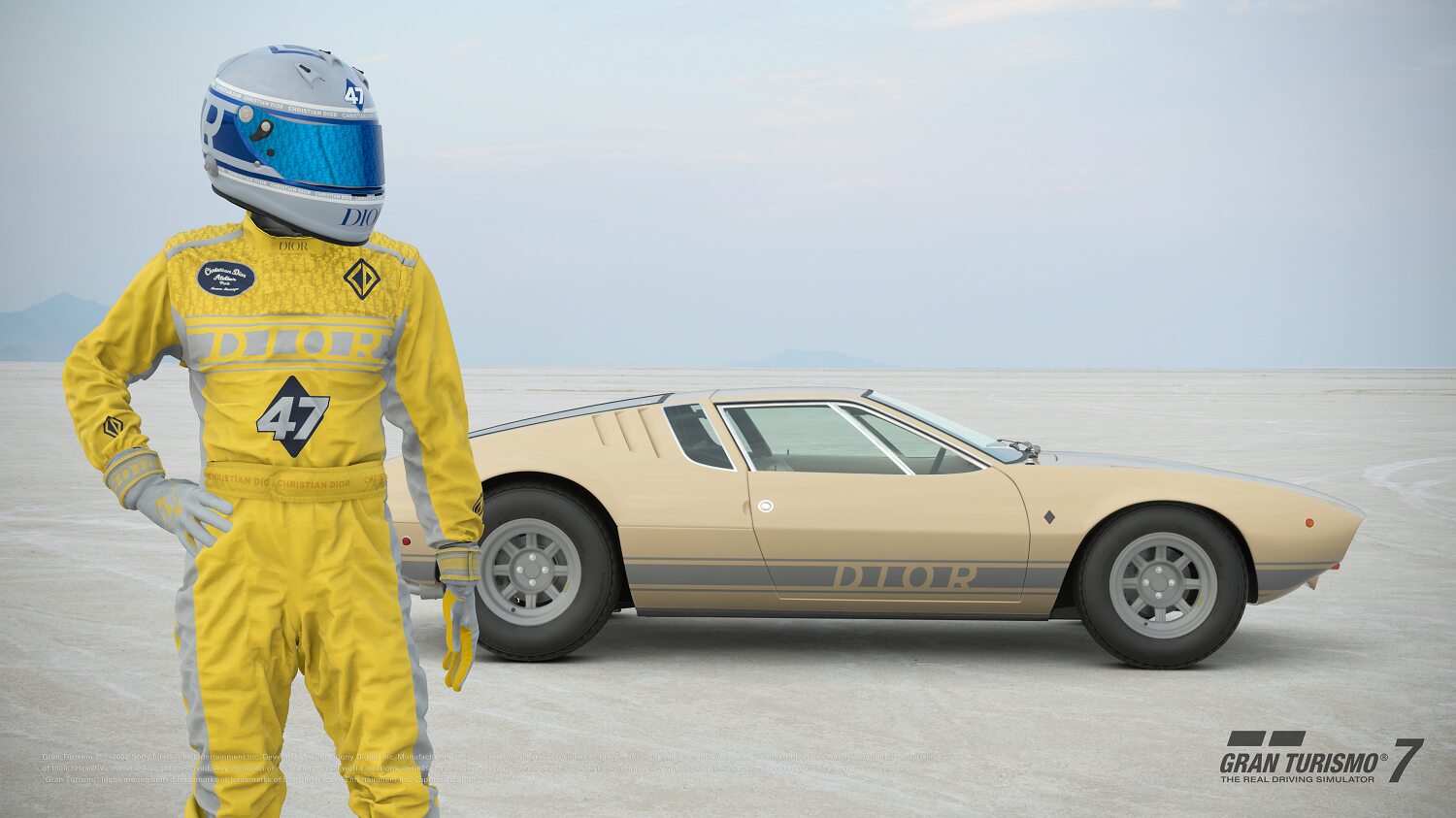 After Louis Vuitton, Gucci, Balenciaga and many others, Dior is now entering the world of gaming.

The flagship house of LVMH announced on August 1 in a press release a partnership with Gran Turismo 7, the latest edition of the popular series of car racing simulation video games developed by the Japanese studio Polyphony Digital. The artistic director of the men’s collections, Kim Jones, created a virtual capsule for the occasion.

The English designer has imagined the ideal racing driver’s outfit with a yellow jumpsuit edged with gray, decorated with the CD Diamond logo and a patch on which one can read “Christian Dior Atelier Avenue Montaigne”, as well as matching gloves, reinterpreted Diorizon shoes and a blue and gray helmet. He also had fun customizing a vintage car, the “De Tomaso Mangusta”.

To further highlight the codes of the house in this collection of “skins”, that is to say the virtual pieces and looks that players use to dress their digital avatar, Kim Jones called on the very recognizable oblique pattern of the mark, while bolide and combination display the number 47, in reference to the year 1947, on this occasion.

Through this unprecedented association, the label extends its audience a little more in a sector that is totally new to it: that of esports, practiced by millions of players around the world. This first capsule will be available from August 25 exclusively on Playstation 4 and Playstation 5 consoles.