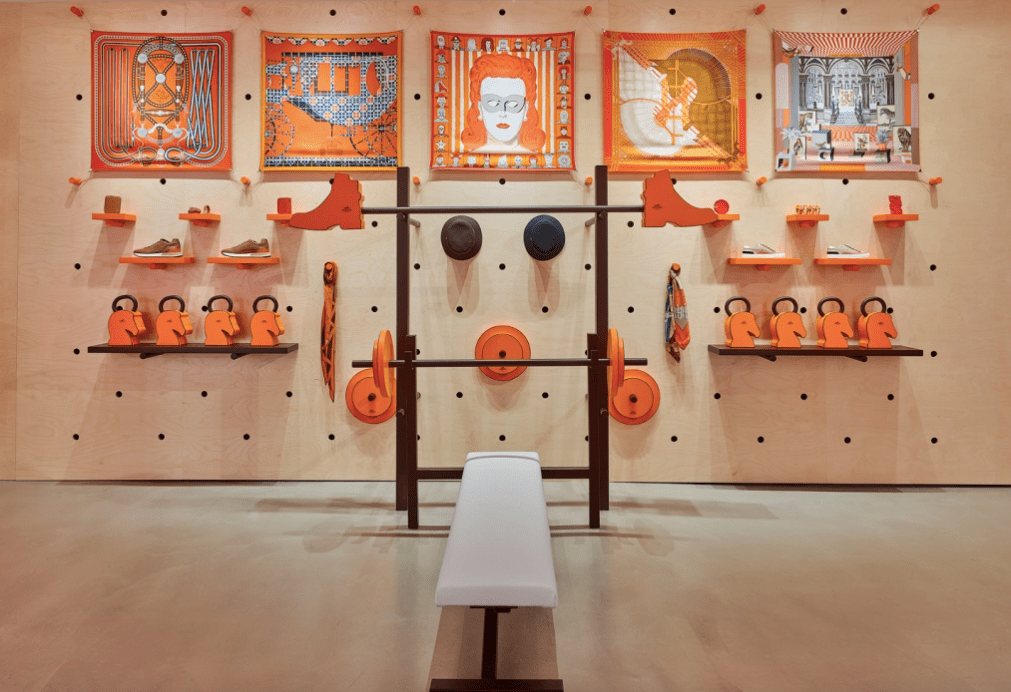 Hermes is bringing its pop-up gym experience to Hollywood this summer. Open July 21 to 25, HermesFit will be taking over the famed Hollywood Athletic Club, which was founded in 1924.

Founded by Charlie Chaplin, Cecil B. DeMille, Joe Crawford and Mae West, among other A-listers as a place to work out and hang out, the site has its own Olympic-sized swimming pool, hotel rooms, haberdashery and cigar bar, among other amenities.

Also the site of the first Emmy Awards in 1949, the space has a storied history, as the headquarters of Island Records and Baby’O Studios in the 1970s and ’80s, where the Clash, Beach Boys and Parliament all recorded, and then a high-end billiards hall and nightclub in the ’90s and Aughts.

Recently, it’s been restored and has been used as an events space and filming location. Hermès will take over the spot for the immersive experience launching with a VIP party on July 20, and open to the public for bookings July 21 to 25 for daytime classes and nighttime performances, via the brand’s website.

The event follows one held in Williamsburg in November 2021, featuring a climbing wall, boxing bags covered in Hermès scarves, a “kickboxing with bracelets” class that incorporated Hermès’ classic enamel Clic Clac bangle designs, a juice bar, photo booth and more. That was the HermèsFit concept’s first stop in the United States after an inaugural run in Chengdu, China, in May 2021.

Hermès has been showering a lot of attention on Southern California, hosting a “Grand Soir” dinner party at a former home of Frank Sinatra in the L.A. suburb of Chatsworth in November, and opening a one-night-only Blue Horse restaurant to celebrate the opening of the new 7,100sq ft South Coast Plaza boutique in Costa Mesa in April.

The house has big plans for next year, too, when it will open its second store in the L.A. area in the old Sears anchor space at Westfield Topanga mall in May or June 2023.