The opportunities that integrated resorts (IRs) are presenting in the modern world are simply too large to ignore and should be an integral part of any hospitality industry supplier or service providers future strategy. Within this feature, we will be taking a look at these multi-
dimensional and next-generation destinations that today act as a district that is fully integrated with amenities and operates as a fluid, market-driven space comprised of targeted micro-environments that offer a plethora of activities.

An integrated resort is a largely Singaporean term that on the most basic level refers to a major resort property that can include any or all of the following, a hotel, a shopping mall, a conference centre and other entertainment facilities.
These sites act as primary economic engines that make a disproportionate contribution to cash flow, driving overall returns and facilitating investment in other facilities and amenities that are otherwise unsustainable.
Following the successful introduction of integrated resorts in Macau, Singapore and Las Vegas, many more countries around the world now see them as a way to stimulate the economy, attract foreign investment, increase business and leisure tourist numbers, reduce unemployment, provide multiple economic multipliers and revitalise underdeveloped areas.
City of Dreams Mediterranean, Cyprus’ first integrated resort and the biggest in Europe and the wider region, is advancing well towards completion. Construction is progressing smoothly, with the IR being set to open in summer 2022. Upon completion, the pioneering project, located in Limassol, will become Europe’s largest and premier integrated resort. It will feature a sixteen-storey, five-star hotel with more than 500 luxury guest rooms and suites, approximately 10,000sq m of MICE space, an outdoor amphitheatre, a family adventure park, and a variety of fine-dining outlets and luxury retail. Its interior design will be based on Melco’s international luxury standards, specifically customised for the Cyprus integrated resort, while the exterior design will feature distinct Mediterranean influences. The resort at Zakaki, Western Limassol has direct access to the main highway network through an existing four lane road. The location is only 40 minutes from Larnaca airport and 30 minutes from Paphos airport.

Unibail-Rodamco-Westfield (URW) has announced the first entertainment partners for Westfield Hamburg-Überseequartier, including the Legoland Discovery Centre. Westfield Hamburg-Überseequartier is a mixed-use district at the river Elbe from Unibail-Rodamco-Westfield, scheduled to complete in Hamburg’s HafenCity in 2023. Merlin Entertainments’ Legoland Discovery Centre‘s first location in Hamburg will cover 3,400sq m, making it one of the biggest Legoland Discovery Centres in Europe. In addition to the partnership with Merlin Entertainments, URW has signed agreements with cinema operator Kinopolis, food retailer REWE and drugstore chain BUDNI. Kinopolis, one of Germany’s biggest cinema operators, is also opening open its first branch in Hamburg. It will house ten cinema halls with state-of-the-art technology. Westfield Hamburg-Überseequartier is scheduled to complete in fall 2023 following an investment of more than €1bn. It will boast a total of 14 buildings, which will house entertainment concepts, hotels and apartments.

Master developer Mohegan Gaming & Entertainment is moving forward with INSPIRE Athens, the landmark integrated resort and casino development that is part of the Hellinikon Project in Greece. The resort consists of a luxury hotel, entertainment venues, convention centre, shopping, dining, casino, and a comprehensive mix of premium amenities. This development will help launch a new era of tourism growth and economic prosperity for all of Greece and the entire region. The INSPIRE Athens development is valued at about $9bn and is estimated to create more than 7,000 jobs in the region during and after construction, including direct, indirect, and induced. The completion of the Integrated Resort and Casino is expected to increase international tourism in the Attica region by at least 10 per cent, attracting an influx of international tourists and providing a significant contribution to the pioneering Hellinikon Project that looks set to redefine the modern identity of Greece.

The upcoming Osaka integrated resort could launch as soon as 2027, this is the opinion of the Osaka Convention and Tourism Bureau Director Hiroshi Mizohata. The opening plans were revealed as part of the recent Japan IR Forum Online 2021, run by the Japan IR Association. The developer for this upcoming development look set to be MGM Resorts after Genting Singapore and Galaxy Entertainment exited the race.
The Londoner Macao evokes the excitement and charm of the Victorian era. Bringing together the very best of this iconic city from spectacular recreations of world-famous landmarks to uniquely London-inspired public spaces, accommodation, restaurants, retail and entertainment, The Londoner Maco is set to be the third themed destination at Sands Resorts Macao where visitors will feel like they are visiting a European country. The upcoming site will feature authentic recreations of classic British landmarks, with an exterior façade modelled on the world-famous Palace of Westminster and Houses of Parliament complete with a 96m tall Elizabeth Tower. The interiors will offer a combination of grandeur and comfort, with luxurious British design extending to the spacious Crystal Palace atrium centrepiece, restaurants, retail offers and entertainment. The resort will also feature two new hotels – Londoner Court with approximately 370 luxury suites and The Londoner Hotel with approximately 600 suites

Scheduled to open in October by developer Genting Group, the highly-anticipated Genting SkyWorlds Theme Park is the movie-inspired park that is part of Resorts World Genting and is situated in an idyllic location in Malaysia’s Genting Highlands, surrounded by one of the oldest tropical rainforests on the planet. Visitors to the attraction will experience nine immersive, movie-inspired worlds. These are Andromeda Base, Central Park, Eagle Mountain, Liberty Lane, Epic, Ice Age, Robots Rivet Town, Rio, and Studio Plaza. The theme park will feature 26 attractions, including roller coasters and water rides, as well as some world-first experiences. Visitors will also enjoy a variety of food and beverage offerings Genting Malaysia, which revised the theme park’s initial opening from the last quarter of 2020 to 2021, has spent over $800M on the project. Genting SkyWorlds is just one component of an integrated resort that includes the main indoor attraction Skytropolis that is aligned more towards a traditional amusement park experience.

CROSSROADS Maldives is an ambitious tourism project created by an inspired team of Maldivian, Thai and international design visionaries working together with S Hotels & Resorts. This expansive project is developed by the renowned, Thailand-based real estate developer, Singha Estates. Their vision is to elevate the traditional Maldives travel experience into something truly pioneering and transformative that will forever change our guests’ perspective on what a dream holiday can be. CROSSROADS Maldives has taken inspiration from the rich history of the Maldives and is a hub of international adventure and trade. It is a stop-off point for a diverse range of traders, explorers and settlers from Asia, Europe, Africa and the Middle East. The ultimate shopping destination, the Marina @ CROSSROADS boasts a unique and intriguing collection of exclusive brands, incorporating authentic island design and beautiful ambiance. Indulge in an exciting retail adventure at some of the world’s premium shopping outlets, featuring extraordinary fashion-forward clothing, accessories, beauty products, souvenirs and luxury items.

The award-winning Qetaifan Island North (QIN) project is an innovative entertainment destination comprising a state-of-the-art waterpark and luxurious hotels, as well as a residential community, on an island off Lusail City in Doha, Qatar. Much of the construction is complete, and elements will begin a phased opening from September, beginning with the luxury Beach Club. The entertainment landmark will then be fully inaugurated at the FIFA World Cup 2022. QIN is the first offering by Qetaifan Projects, a subsidiary of Katara Hospitality. It was established in 2017 to support Qatar’s economic vision by building sustainable, intelligent cities. In addition to being an iconic tourist, hospitality and entertainment destination for Qatar, the island will accommodate fans flocking to the 2022 World Cup in a blend of temporary and permanent accommodation.

Cinnamon Life, the iconic 4.5 million square foot integrated mixed-use development, is a city within a city, and is envisioned to be the epicentre of modern South Asia. A perfect urban sanctuary, the luxury apartments in Colombo will feature the ideal blend of contemporary comfort and stylish sophistication. Vibrant, innovative, futuristic and unique are a few elements of what the prestigious Cinnamon brand is known for, and at Cinnamon Life, visitors will get all this and more in one location. This magnificent example of Colombo real estate will house an 800-roomed, five-star Cinnamon hotel, a five-storey retail and entertainment complex, conference venues and car parking facilities, 30-storey office tower and two separate residential towers.

Under development by John Keells Holdings PLC, Cinnamon Life will cater to a variety of people from all walks of life and offer them the epitome of luxury living with a plethora of signature restaurants and banqueting spaces when it launches by the end of Q2 this year.
Being developed by London Resort Company Holdings, the London Resort is set to be a world-class, sustainable, next generation entertainment resort on the banks of the River Thames. The vision behind the Tier 1, Paramount Studios Theme Park project is to create a unique resort founded on sustainable and low carbon principles and the project is committed to ensuring that the London Resort work of local communities as well as international visitors. The London Resort will be globally competitive and mark a step-change in leisure and entertainment provision in the UK. The first theme park ‘gate’ will open in 2024 and the second by 2029. The designs for the site integrate local public rights of way and a green network, with improved access to the river for visitors and local communities. The London Resort will showcase the natural features of the site, seamlessly integrating them into our designs. A large proportion of the Peninsula landscape will remain undeveloped and will be enhanced. 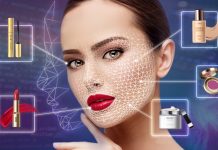 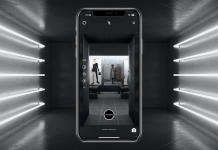 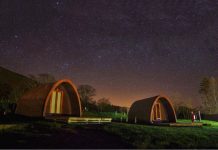