German leather good maker MCM was launched in 1976 and has expanded all over the world ever since. Here, RLI sits down with Eric Erhardt, President EMEA of MCM Worldwide to discuss the heritage of the brand and what the next steps are for a company in growth mode.

A luxury travel goods and accessories brand with an attitude defined by combining a contemporary aesthetic and focus on functional innovation with the use of cutting edge techniques. MCM has an attitude defined by the cultural Zeitgeist and its German heritage with a focus on functional innovation, including the use of cutting-edge techniques and materials. Appealing to the 21st century global nomad generation – dreamers, creatives and digital natives – MCM’s millennial and Gen Z audience is genderless, ageless, empowered and unconstrained by rules and boundaries.

“MCM is distributed online and in 650 stores worldwide including the brand’s birth city of Munich, Berlin, Zurich, London, Paris, New York, Hong Kong, Shanghai, Beijing, Seoul, Tokyo, Dubai and more,” explains Eric Erhardt, President EMEA of MCM Worldwide. “We have a growing network of directly operated flagship stores in major tourist cities globally, and our key retail partners include high-end department stores such as Selfridges and Harrods in the UK and Nordstrom in the US for example as well as travel retail outlets at airports worldwide.”

The company has seen huge retail growth in the past year which has strengthened MCM’s international visibility. In 2019 they focused on key growth markets such as the US, Japan and Europe, with stand-alone store openings in Berlin, Los Angeles, Vienna and Tokyo. In autumn last year they launched a second flagship store in Munich’s Maximilianstraße which introduced a new global retail concept that will now be rolled out in key stores globally. This began with the opening of the first flagship store in Vienna, Austria which was inaugurated at the end of last year and the group’s newest store in The Dubai Mall which has only just launched.

“The concept was masterminded by our new Global Creative Officer Dirk Schönberger, who worked with the renowned architect studio Gonzalez Haase AAS to present a fresh visual identity for MCM,” says Erhardt. In the future, the company will expand in the Middle East market beyond Dubai and examine the available opportunities in the South America region, include Brazil and Mexico.

Even though it is now a global brand, the company’s main design studio is still housed in its home market of Germany in the city of Berlin, one of the most dynamic fashion cities of the world today. They also have designers based in Seoul, Korea, birthplace of the K-pop phenomenon, which Erhardt says has had such a significant impact on Asian fashion. “Working together, teams strive to create products featuring the most cutting-edge influences of European and Asian design. One example is our signature backpack – a practical, hands-free travel accessory that looks just as good in urban as off-the-beaten-track environments,” Erhardt puts forward.

The group believe social media as a marketing tool is a strength for them because its customers and target audience of millennials and Gen Z’s are forever connected. This is particularly true in Asia, where WeChat, Weibo and Youku, among others, have become universal in China. MCM has a major presence on many different networks across the world and ensure the content they put out is targeted to the right audience for each channel. It has always been pivotal to their marketing strategy and this will not change as they expand internationally.

Since its foundation, MCM has always been unafraid to experiment with its designs, something Erhardt feels is what makes customers loyal and what makes the company stand out. “Our ability to reinterpret concepts and products in a distinctive and edgy manner has helped the brand to stand out and resonate with customers the world over who want to be different.” While MCM is still at an early stage in its sustainability operations, saving the planet for next generations is its top priority and a great challenge. Through its association with music, art, travel and technology, MCM embodies the bold, rebellious and the aspirational. Always with an eye on the disruptive, the company centres on revolutionising classic design with futuristic materials. 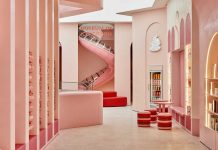 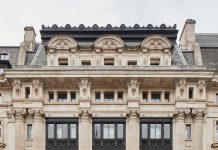 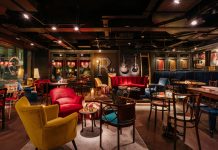 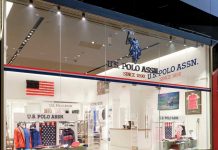 US Polo – Stay True To Who You Are