The mobile payment option enables customers to scan their products as they shop and check out quickly and easily to streamline their shopping experience. M&S has followed the likes of other large retailers such as Sainsbury’s in implementing this technology in some of their major stores, in an effort to adapt to the changing retail landscape and consumer adoption of technology.

However, when it comes to mobile technology, M&S and Sainsbury’s are second to market behind other grocers such as The Co-Op, SPAR and Londis, who have partnered with pioneers of mobile technology, Ubamarket. The news of M&S roll out of mobile payment coincides with the launch of Ubamarket’s next generation shopping app, which implements machine learning and a variety of innovative features such as aisle sat-nav plastic alerts, allergen and dietary information and in-app age verification.

Will Broome, Founder and CEO of Ubamarket, provides the following commentary: “Having been the first to develop and implement Scan, Pay, Go in selected Budgens stores some three years, we are delighted that the concept is now becoming increasingly mainstream and that major retailers are following suit by embracing our concept. At Ubamarket, we pride ourselves on having the World’s leading and most sophisticated Scan, Pay & Go product which is now available to all retailers in their own brand. This has already been successfully adopted by SPAR, Londis and Budgens, and is soon to appear in the Co-Op. 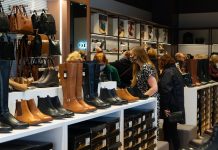 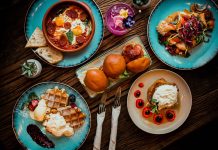 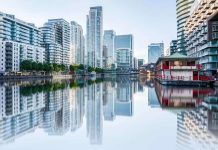