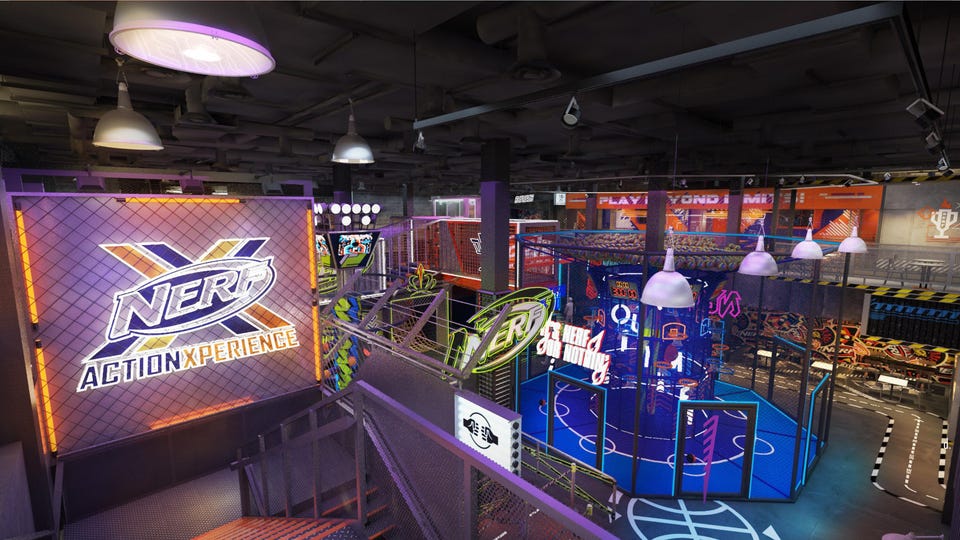 The Unibail-Rodamco-Westfield mall group has landed a leasing prize with the news that the first Nerf Action Xperience attraction in North America will open at one if its premier malls, Westfield Garden State Plaza in New Jersey.

That mall will also get another experiential attraction themed around Hasbro toys – a Planet Playskool entertainment centre featuring Play-Doh, Tinkertoy, Spirograph, and other iconic playthings.

The announcement that Hasbro licensing partner, Kingsmen Xperience, Inc., will be opening the two attractions at the mall is the result of a plan by Hasbro to transform its toy brands into multifaceted entertainment and lifestyle brands that go far beyond the toy box.

The plan reflected the vision of late Hasbro CEO Brian Goldner, and Nerf was picked as the perfect toy brand to test that vision. Goldner in early 2021 outlined plans for a Nerf TV show, a TikTok channel, a virtual reality game, an NFL partnership, and other brand extensions, including entertainment arcades where players could try out Nerf blasters and engage in battles using the toys, which fire foam-tipped darts.