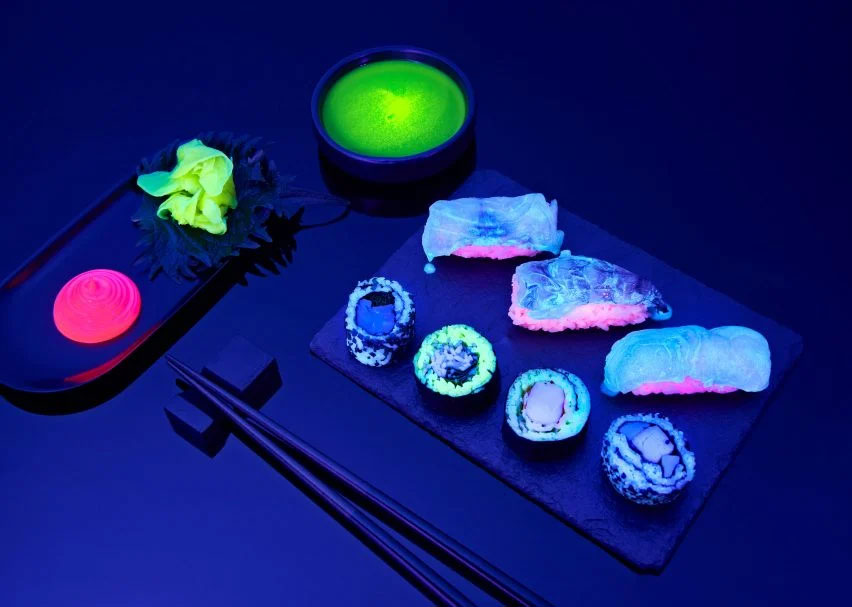 The London-based design studio created the Glow-in-the-Dark Sushi Bar at Moth of the Nation, a festival that took place in the UAE capital at the end of last year. A combination of ultraviolet light with bioluminescent ingredients allowed the designers to create sushi dishes and cocktails in an array of lurid colours. Menu items include a fluorescent pink nigiri, and maki in shades of electric blue and neon green. The effect is created by using black light, a type of UV light that emits ultraviolet radiation.

Rian Coulter, Senior Account Manager, Bompas & Parr, said: “The black light emits ultraviolet radiation, which excites atoms and causes them to release fluorescent light. It only works with specific foods and/or the vitamin B12. Examples include tonic water, bananas, peppers and honey.”

The menu for the sushi bar was developed by Bompas & Parr who used as many of these light-reactive ingredients as possible, and used food extracts and pigments to create more exaggerated effects.