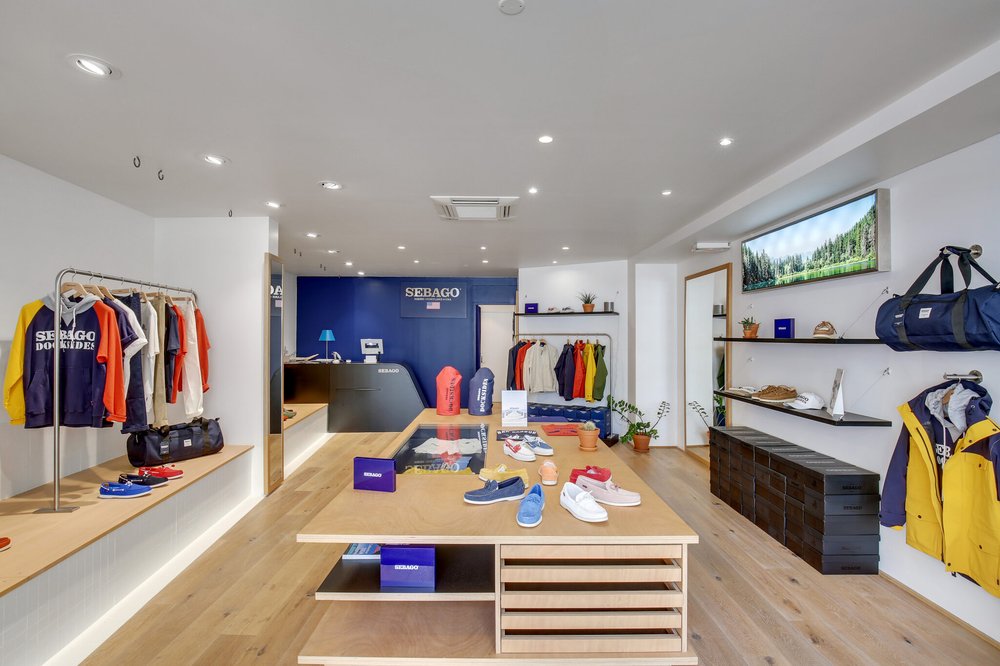 The Italian-owned footwear specialist will open in the middle of the Marais district on 5 December.


Last March, Sebago opened its first boutique in France, with a store opening in Arcachon, the tony resort southwest of Bordeaux. The American-born but Italian-owned firm specializes in moccasins, most particularly its iconic docksider models, though the new store will also retail a ready-to-wear collection.

Sebago was acquired in 2017 by Italy’s BasicNet Group, a family-controlled but publicly quoted company that also controls K-Way and Superga. In the past year, the brand has grown out its distribution in France, going from 350 to 450 doors; including around 50 selective ready-to-wear multi-brand boutiques such as Allan Joseph in Marseille or No Void in Avignon.