Nuveen is a company that focuses on identifying global megatrends and then looks for the right locations to maximise these trends. Edinburgh meets their criteria as it benefits from a growing young and affluent catchment alongside a substantial tourism industry that is second only to London in the UK. Here, RLI speaks with Martin Perry, Director of Development, Europe at Nuveen to learn more about this ground-breaking project.

When a seven-acre site within the world heritage area became available in Edinburgh, Nuveen immediately saw the potential in the site to develop this part of the city and tap into the global megatrends they had identified.
From the beginning, their aim for the development was to integrate seamlessly into Edinburgh physically, culturally and socially. Physically, it was to knit effortlessly into the natural stone city fabric and they used the natural topography and complemented the existing cityscape, whilst engaging fully with the road, rail, bus, tram, cycle and pedestrian networks. Culturally, they sought to provide spaces for the city’s rich festival culture to expand into, while also identifying gaps where St James Quarter could add to the overall city offer. Finally, socially, they were dedicated to becoming a part of the day-to-day life of the city through its rich mix of uses, community and digital integration.
“St James Quarter is a £1bn city centre scheme in Edinburgh spanning 1.7 million square feet. The retail element comprises 850,000sq ft and first opened as part of phase one in June this year, with approximately 85 new stores. This includes an enticing mix of restaurants anchored by a 16,000sq ft Bonnie & Wild food hall,” explains Martin Perry, Director of Development, Europe at Nuveen.

The new site will also play host to the UK’s second ever W hotel, along with 152 residential apartments built by Native Land and a 75-bed Roomzzz aparthotel. In addition, it will include a 17,000sq ft Lane 7 – the UK’s largest independent boutique bowling and gaming operator – and will soon add the city’s first boutique, five-screen Everyman cinema.
The new development completes the shopping circuit in Edinburgh. The creation of a covered three-level galleria, open to the surrounding streetscape will help drive footfall and encourage visitors to circulate within Edinburgh as a whole. There is also a gastronomy and entertainment spine running through the scheme and connecting the current future entertainment and restaurant spaces in the city.
Nuveen aimed to differentiate St James Quarter by tapping into Edinburgh’s culture. The project expands the entertainment and festive heart of the city, while reinforcing Edinburgh’s status as a premier shopping destination and global centre of gastronomy, entertainment and experience.
“Prior to the global pandemic, we had largely established the key anchor tenants and a critical mass of supporting occupiers.

The pandemic paused some of our momentum and, in Scotland, all construction activity was halted for three months,” said Perry. “Despite this, the retail element of St James Quarter opened with over 70 per cent of stores trading and over 85 per cent let. These included brands such as Bershka, Pull&Bear, Stradivarius, & Other Stories, LEGO and Peloton. These are all new to the city and, in some instances, Scotland,” he continued.
In today’s world when connectivity and accessibility are so important to new global schemes, these were integral aspects of St James Quarter. Ensuring the scheme was seamlessly integrated within the surrounding streetscape was central to the entire design and it provides step-free access with the city for all guests. The site is also accessible for visitors by acting as an interchange hub between modes of transport.
“From a design perspective, the project fits into the form, materiality, townscape, streetscape and architectural rhythm of the historical Georgian new town of Edinburgh, whilst creating a single landmark building of contrast, pointing to Edinburgh’s future and terminating two important visual axes. The roofs have been designed to fit seamlessly into the city when viewed from afar with the addition to the skyline adding to Edinburgh’s rich and playful silhouette,” Perry comments.
When discussing the inspiration behind the project, Perry explains that Nuveen drew their inspiration from Edinburgh’s first new town plan in the Georgian era. It was essential to them that the design echoed the history of the World Heritage site, while also adding to its notability. Elements of the scheme therefore also drew architectural inspiration from further afield, including the Far and Middle East.

The scheme is part of the capital’s inspiration story of growth, enterprise and innovation. Perry and the team at Nuveen believe in Edinburgh, and they are excited to help lead the way as part of the city’s wider economic recovery post-pandemic.
“St James Quarter has been designed with the opportunity to evolve and become its own community set within the wonderful city of Edinburgh. As such, flexibility has been a priority to enable uses and experiences to be added and changed over time. It recognises that in the world in which we all now live, the ability to change, and change quickly, is important and much of the project allows for this,” says Perry. 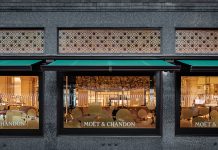 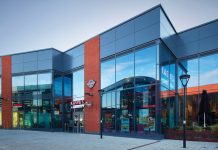 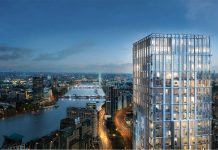