Store closures have now spread rapidly throughout the US, retail chains are now workig to help prevent the spread of the deadly virus. All fast food and fast-casual resturants, including Starbucks, Taco Bell, Dunkin’ and McDonalds.

“Due to the fast-moving nature of this situation and the uncertainty of impacts on costs and revenue, the company is withdrawing guidance previously issued for fiscal 2020. The company is not providing an updated outlook at this time.”

The list below, which will be updated on a regular basis, details retailers’ temporary store closings. It does not include supermarkets and other stores that sell groceries, such as Walmart, Target or Dollar General, all of which remain open, some with reduced hours. It also does not include restaurants. Finally, while not a complete list, it provides a snapshot of the current scenario unfolding across the nation’s retail industry.

Abercrombie & Fitch Co.: Closed all stores across its brands in North America and in EMEA (Europe, Middle East and Africa) until March 28. Its locations in the APAC (Asia Pacific) region will remain open.

Chico’s FAS Inc.: All stores closed across North America for the next two weeks. (Chico’s brands include the namesake, White House | Black Market and Soma.) Workers across both companies will be paid during the closure and those that can work from home will.

Foot Locker Inc.: All stores across North America, EMEA (Europe, Middle East and Asia) and Malaysia closed through March 31. Stores in Hong Kong, Singapore, New Zealand and Australia will remain open as directed by local governments. Store associates will continue to receive their wages during this time.

All retail associates at these locations will continue to receive full pay and benefits for their scheduled shifts during this temporary closure.

J. Crew: All J. Crew and J. Crew Factory stores closed until March 28. Store associates will be paid during this period.

L Brands Inc.: All Victoria’s Secret, Pink and Bath & Body Works stores in the U.S. and Canada from closed through March 29 due to the coronavirus pandemic. All employees will continue to receive pay during the closures and those who can work from home will do so.

Macy’s will provide benefits and compensation to its impacted workforce.

Nordstrom: All Nordstrom, Nordstrom Rack, Trunk Club clubhouses and Jeffrey in the U.S. and Canada closed for two weeks, effective March 17. The company will provide pay and benefits to its workers during this time.

Patagonia: All stores and other operations, including online, closed, with an update on March 27. The company is closing offices and encouraging employees to work from home. All employees will receive regular pay during the closure.

PVH Corp.: Company, whose brands include Tommy Hilfiger, Calvin Klein and Izod, closed all its company-operated retail stores in North American and Europe through March 29. Store employees will receive full pay and benefits for their scheduled shifts.

PVH also said its company offices will remain open, but with all but a “minimal number” of employees working remotely in North America and Europe.

Ralph Lauren Corp.: All stores across North America closed from March 18 through April 1. A number of stores in Europe and Asia are already closed due to the pandemic.

Sephora: All stores in the U.S. and Canada until April 3. Store associates will continue to receive their base pay for scheduled shifts, in addition to benefits.

Tailored Brands: All retail locations in the U.S. and Canada through March 28. Store employees will be paid for scheduled hours during this time period.

Tapestry: All directly-operated Coach, Kate Spade and Stuart Weitzman stores in North America and Europe to closed through March 27, “at which time the company will determine the appropriate next steps in light of the environment.”

Employees at these locations will continue to receive scheduled pay and benefits during this temporary closure period.

Ulta Beauty: All stores closed starting on March 19 until at least March 31. Most stores will continue to be outlets for buy-online-and pick-up in store as allowed by local and state regulations.

Ulta will continue to pay its store and salon associates and provide benefits for those who are currently enrolled during this period.

VF Corp.: Parent company of The North Face, Timberland and Cans shuttered all its company-owned stores through April 5. VF Corp. has already taken the same measures in all of Europe, and has stores operating with reduced hours in the U.K. The company had taken similar steps in mainland China, where 90% of its stores have reopened with traffic slowly returning to normal levels.

Williams-Sonoma Inc.: All stores in the U.S. and Canada through April 2. Online order pickup at curbside and ship from store, remain, as local regulations allow. 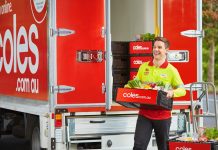 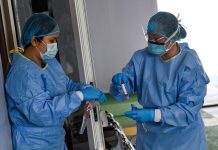 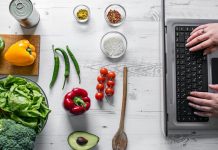